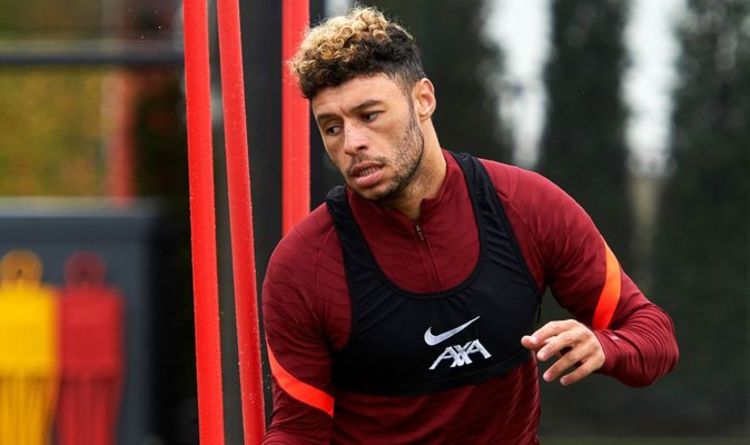 Alex Oxlade-Chamberlain could be handed the perfect chance to assess his Liverpool future this weekend. The midfielder has been linked with a return to Arsenal in the January transfer window, and will have a better idea of where he fits into Jurgen Klopp’s plans after Saturday’s Premier League trip to Watford.

Klopp is set to grapple with selection issues ahead of Saturday’s lunchtime kick-off, with Alisson and Fabinho expected to miss the clash due to Brazil facing Uruguay in the early hours of Friday morning.

Thiago Alcantara is also a doubt with a calf injury, while Harvey Elliott is of course still sidelined by the ankle injury he suffered in the win over Leeds United last month.

Trent Alexander-Arnold is expected to return after missing Liverpool’s games against Porto and Manchester City, while Diogo Jota was sent home from Portugal duty this week after a muscle problem prevented him from training with his international team-mates.

With Fabinho expected to be absent and Thiago doubtful, it will be interesting to see where Oxlade-Chamberlain figures in Klopp’s thinking – not least for the player himself.

Jordan Henderson will most likely anchor the midfield in Fabinho’s absence, although Milner would also be a candidate with Alexander-Arnold relieving him of right-back duties.

If Thiago doesn’t make it there will be two midfield spots up for grabs alongside Henderson, with Curtis Jones, Naby Keita, Milner and Oxlade-Chamberlain vying for inclusion.

Jones would likely be handed one of the starting roles, after the midfielder overcame a minor groin issue to notch an assist for England’s under-21s against Andorra on Monday.

So Oxlade-Chamberlain would be up against Milner and Keita for the remaining place as he looks to show he still has something to offer Liverpool.

Keita has been in action with Guinea during the international break, so the advantage could be with the two English players who have been training at Kirkby.

And whether or not Oxlade-Chamberlain is given the nod, after Saturday’s game he will surely have a clear idea of where he fits into the midfield pecking order at Anfield.

The 28-year-old is weighing up the prospect of returning to Arsenal in January, with Mikel Arteta keen on a reunion, according to The Sun.

He joined Liverpool from the Gunners for £34million four years ago, but has struggled to earn a starting role since suffering a cruciate ligament rupture in 2018.

Oxlade-Chamberlain returned from that blow to help Liverpool win the Champions League in 2019 after almost a year out.

But he has since had several more setbacks, including a knee injury which sidelined him for three-and-a-half months last season.

He will have hoped for more action this term following the departure of Gini Wijnaldum.

But after lining up for the opening game of the Premier League season he has made just one further start, in the Carabao Cup, as well as three appearances from the bench.

And Arteta could be watching closely to see whether Oxlade-Chamberlain is given a chance to impress at Vicarage Road.