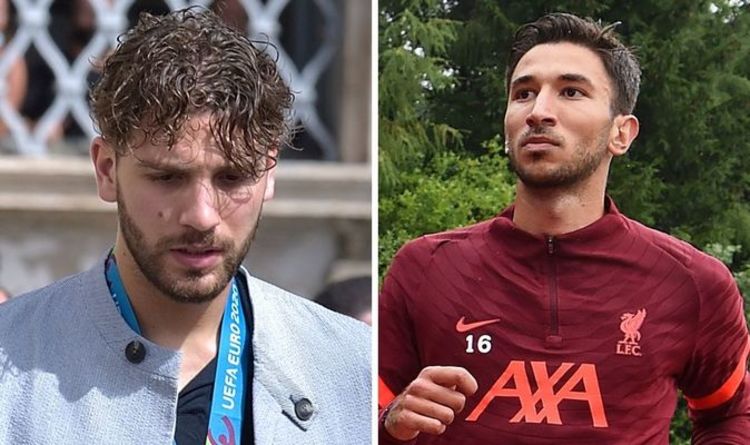 Liverpool have reportedly agreed to sell Marko Grujic to Porto but the move may end up costing Arsenal a chance to sign Manuel Locatelli. Liverpool have been relatively quiet in the transfer window so far with Ibrahima Konate the only new signing.

Reports have suggested that more incomings could come later in the window, but the players need to be offloaded first.

And they’ve begun the process of selling players with both Grujic and Taiwo Awoniyi set to leave.

A £10.5million fee has been agreed for Grujic to join Porto while Awoniyi will move to Union Berlin for £6.5m.

Liverpool had wanted closer to £15m for Grujic in the transfer window, but they’ve seemingly accepted a much lower bid.

Sassuolo and Sporting Lisbon had also shown interest in Grujic this summer with the latter lodging a reported £6m offer.

According to The Athletic, Sassuolo were considering a move for Grujic as a replacement for Locatelli.

But their reluctance in pushing forward in a bid for Grujic suggests that Locatelli could well be staying at Sassuolo.

That could spell bad news for Arsenal, who have been strongly linked with a £34m move for the Euro 2020 winner.

Arsenal have supposedly had two offers turned down by the Serie A club in recent weeks.

But Juventus are also interested in signing Locatelli and are thought to be leading the race for his signature.

“But I can ensure you that, as of today, Fagioli has not been included in the deal.”

Arsenal have already made big moves in the summer transfer window with Albert Sambi Lokonga being confirmed on Monday.

Ben White’s £50m move is expected to be announced next with Mikel Arteta keen to strengthen further.