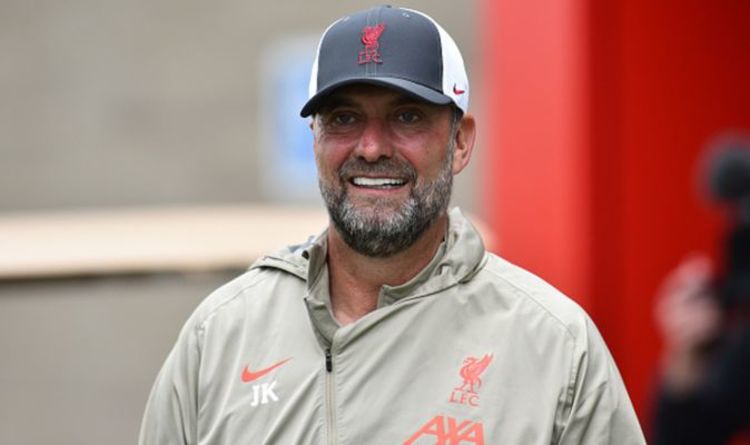 Liverpool have received a double injury boost ahead of this Sunday’s clash against Leeds United. The Reds are still set to be without four first team players though as they mark their return from the international break.

Jurgen Klopp has received some good news after a horror week ruling four first team stars out of contention.

Liverpool will be without Brazilian trio Alisson, Fabinho and Roberto Firmino after the Brazilian FA invoked FIFA’s ‘five-day rule’, ruling them out of playing this weekend despite not leaving the UK.

The Reds have remained locked in talks with FIFA, but it looks as though those three core members will be missing for the trip to Elland Road.

Meanwhile, Takumi Minamino suffered an injury setback while on duty for Japan, so will also miss out.

However, there is some positive news with regards to Virgil van Dijk, who went down in the closing stages of Holland’s win over Turkey on Tuesday night.

The centre-back insisted after the game that he was fine, and Klopp has confirmed that he will be available for the trip to Yorkshire.

Speaking to the club’s official website, Klopp said: “Taki is already here for a while, he got injured obviously with Japan.

“So he called me from the bus and said, ‘Boss, I’m fine!’ I said, ‘Why are you limping then?’ He said, ‘My wife asked the same!’ So, yeah, that was a bit of a tricky moment but apart from that, no, all fine [for the other international players].

“Bobby is not [fit], it happened in the game [against Chelsea] obviously.”

Harvey Elliot withdrew early from duty with England’s U21’s after picking up a knock, while fellow midfielder James Milner is yet to resume full training, so will miss out.

And Klopp said of the pair: “Harvey [Elliot] is fine again.

Naby Keita endured a distressing international break after he was caught in an attempted military coup in Guinea.

He returned to Liverpool safely, but Klopp has revealed that he has not yet trained with the squad as part of their preparations for Sunday.

“Naby is fine,” added Klopp. “Yesterday he was not here [at the AXA Training Centre] but he was in Liverpool again. I will have a chat with him today, but from what I know from all the calls and talks we had, he’s fine.”