Liverpool restored their eight point lead at the top of the Premier League with a thrilling 5-2 victory over Everton in the Merseyside derby. The Reds were rampant throughout and the result leaves Toffees boss Marco Silva under serious pressure to save his job as his side slip into the bottom three.

Liverpool once again stretched their lead over Leicester at the top of the table after goals from Divock Origi, Xherdan Shaqiri, Sadio Mane and Georginio Wijnaldum secured victory against Everton.

Origi began the rout with a clever finish after Mane’s astute pass and Shaqiri doubled the lead with a cute dink past Jordan Picked.

Michael Keane gave Everton hope with a scrappy strike but Origi demonstrated a superb touch and lob to score the third and Mane extended the lead with a precise effort on the stroke of half-time.

There was still time for Richarlison to pull another goal back before the break but Wijnaldum made the points safe in the dying seconds after a more conservative second half. 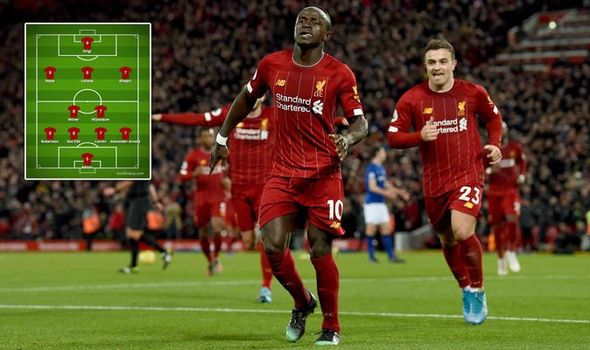 Express Sport have rated how the Liverpool players performed during their clash with Everton, but do you agree?

Deputising for the suspended Alisson and unable to secure Liverpool a long-awaited clean sheet at Anfield.

No real chance for the goals and was not really tested otherwise.

Stunning driven pass to Mane helped set up the second and the England international picked out the Senegalese forward again for the fourth after a superb burst from the back.

However, Alexander-Arnold was arguably lucky to stay on the pitch following clashes with Richarlison and a dangerous late challenge on Lucas Digne.

Failed to clear properly for Everton’s first but made up for it with a pinpoint long ball to find Origi over the top.

Denied Dominic Calvert-Lewin with a brilliant block and was solid in the air.

Showed his passing range early on but got away with a strong penalty appeal after going shoulder to shoulder with Calvert-Lewin when the Toffees striker was through on goal.

Made a couple of key interceptions and took his fair share of knocks in a physical encounter.

Looked fired up from the first whistle and was playing as a left winger for much of the match.

Avoided going in the book for an apparent elbow on Tom Davies as the pair fell to ground but continually provided width as Liverpool stretched the play. 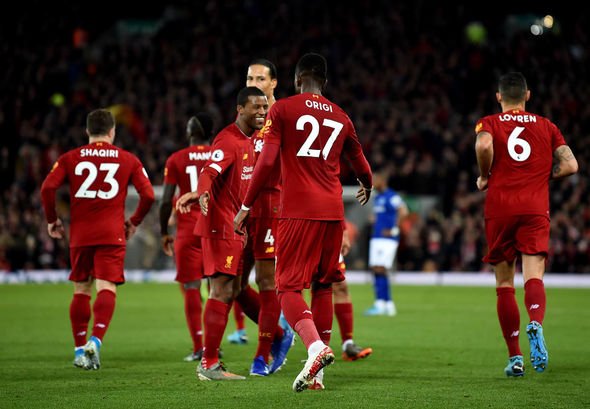 An understated but effective display from the Dutchman who was vital in keeping pressure on the visitors, recycling possession and filling in as the more attacking members of the side flooded forward.

Got his reward with a tidy finish for the fifth in the closing moments.

Got through heaps of defensive work, diligently sweeping up in front of the back four and making a number of key tackles to prevent counter-attacks.

A very impressive display from the veteran, who set the tone with his intensity.

Shaqiri was handed his first start since January after a torrid time with injuries and didn’t disappoint, getting on the end of Mane’s clever pass to make it 2-0 after 17 minutes.

Caught late by Richarlison but shrugged it off and was a threat with his dangerous deliveries.

Was bright in a No 10 role without ever really causing too much damage to the Toffees rearguard, although his touch and movement were excellent once again.

With no Mohamed Salah or Roberto Firmino in the starting XI, the onus was on Mane to lead the charge and the Senegalese star rose to the occasion spectacularly.

Went close with an early header before hitting a delicious pass to pick out Origi for the opener.

Played in Shaqiri for the second and got on the scoresheet himself with a precise curling finish just before the break.

Should have had at least a hat-trick after spurning late chances on the break.

His selection raised a few eyebrows but Origi was a man on a mission, showing an excellent touch to slot home his first.

The Belgian then demonstrated an even better one to bring Lovren’s long ball out of the sky and lob the advancing Jordan Pickford.

Given a well-earned standing ovation when he was substituted. 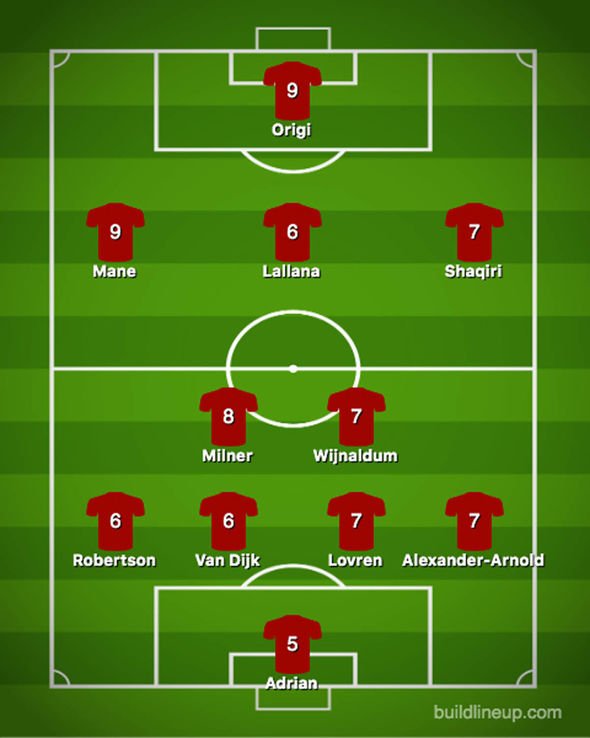 Closed the game out with the minimum of fuss.

Slotted in for the final few minutes.