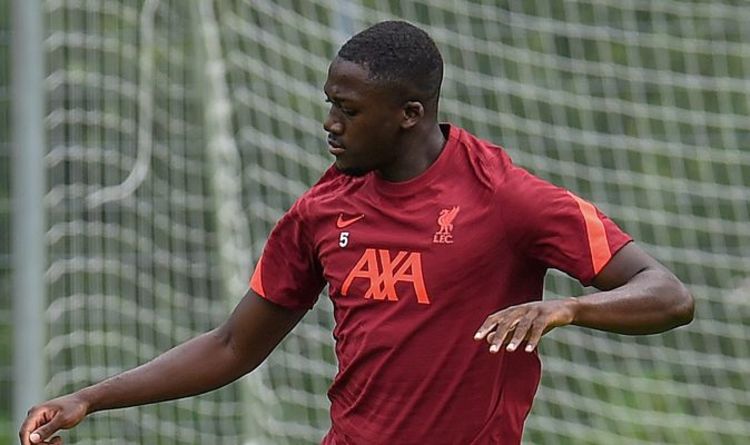 While Liverpool’s Premier League title success of two seasons ago was made all the more remarkable given they, albeit briefly, ended the recent dominance of Man City, it is time to take a leaf out of Pep Guardiola’s sides book.

Obviously Liverpool, much like every other side in the league do not boast the spending power of Man City, who recently offered £100m each for both Jack Grealish and Harry Kane, the Reds have not flexed their financial muscles as much as they could have in recent windows.

The signing of Ibrahima Konate from RB Leipzig in May represented a good deal for a number of reasons, not only is it promising to get business done so early, but it also meant the club were ensuring an injury crisis the likes of which seen last season will not happen again without sufficient cover.

Konate will vie with the likes of Joe Gomez and Joel Matip for the role of Virgil van Dijk’s partner at the back, but question marks remain over whether the likes of Neco Williams, Nat Phillips and Rhys Williams are of the quality required.

Ozan Kabak was recruited last season on loan from Schalke and after a shaky start, he was arguably the most assured presence in a youthful Liverpool back-line.

However, Jurgen Klopp opted against keeping him and the Turkish defender has since returned to Germany, though is linked with a move back to the Premier League for other sides.

Ultimately, Liverpool fans will be unnerved by the fact that the Premier League season begins in under a month, and rivals Man Utd are on the cusp of securing Real Madrid centre-half Raphael Varane for a fee rumoured to be around £45m, on top of a £73m move for Jadon Sancho, while Chelsea are consistently linked with fellow Borussia Dortmund sensation Erling Haaland, their latest offer thought to be around £150m.

Man City have offered £200m combined for just two players, with the signing of Kane in particular almost certainly cementing City’s status as favourites for the title, though Grealish would be a stunning addition to an already world-class midfield.

It is evident Liverpool cannot simply spend at the rate of the likes of some of their potential title rivals, but they know all too well what kind of positive impact a marquee signing can do for a club.

Goalkeeper Alisson Becker set the Reds back £66m, while Van Dijk cost £75m, at the time a world record fee for a defender, but the two proved to be the difference between runners up and league winners.

There is an argument to be had that it is perhaps time Klopp also starts to address potential issues further up the field.

The trio of Mohamed Salah, Roberto Firmino and Sadio Mane has terrorised defences both in England and across the continent for a number of seasons now, but some could argue their firepower is dwindling.

Though Salah continued the kind of goal-scoring exploits the Anfield faithful have come to expect from him, Mane went through some particularly lengthy barren spells while Firmino endured his worst season in front of goal since he arrived in Merseyside.

Diogo Jota’s arrival last season was a bright light in an otherwise dreary campaign for the Reds, the young Portuguese forward taking to life at Liverpool with relative ease.

A similar signing would recognise the fact that all three of Salah, Mane and Firmino are 29 years of age, with the latter turning 30 just under two months into next season and represent building for the future.

Life after the likes of the attacking trio is not too far away, and with other talented players such as Lyon’s Houssem Aouar available for a cut-price fee, Liverpool may be able to compete with their rivals at the top end of the table without crippling the purse strings.