It marks another step in a whirlwind six months for the 19-year-old, who signed a new long-term contract at Anfield in August after impressing in pre-season.

He featured in Liverpool’s International Champions Cup games against Manchester City and Manchester United – the latter of which he started at the 107,000 ‘Big House’ stadium in Michigan as Liverpool won 4-1. 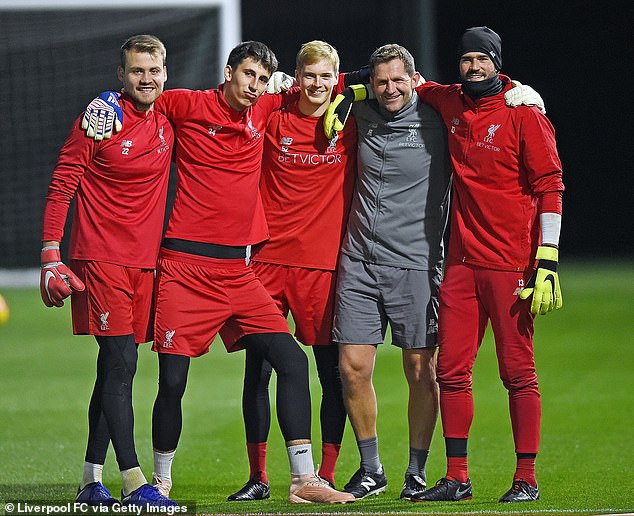 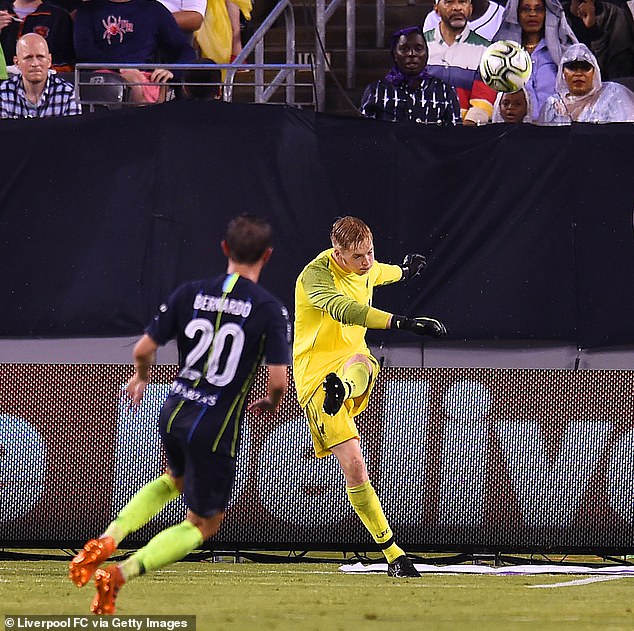 HOW TO PRONOUNCE ‘CAOIMHIN’

‘It’s been crazy, playing the Man City and Man U games. I wasn’t expecting to play really, but to get the opportunity was just unbelievable,’ Kelleher said.

‘It was amazing, seeing all the crowd and stuff. I really enjoyed it. I trained with them (the senior side) last year but to actually play this year has been crazy. It’s been unreal.

‘I’ve been happy, I think I’ve done well. Every day we train hard with the ‘keepers, we all push each other to do our best every day and I think that’s all you can do really, do your best, so I’ve been happy.’

Kelleher is vying with Kamil Grabara to be Liverpool’s third choice goalkeeper behind Alisson and No 2 Simon Mignolet. He has yet to make an appearance for the senior Liverpool team.

While Irishman Kelleher appears to have the upper hand with him travelling to Serbia on Monday, Grabara has made one more appearance for the Liverpool Under 23s, playing five times so far this season. 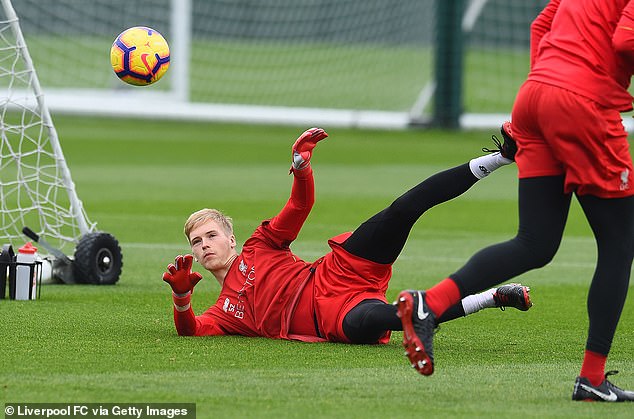 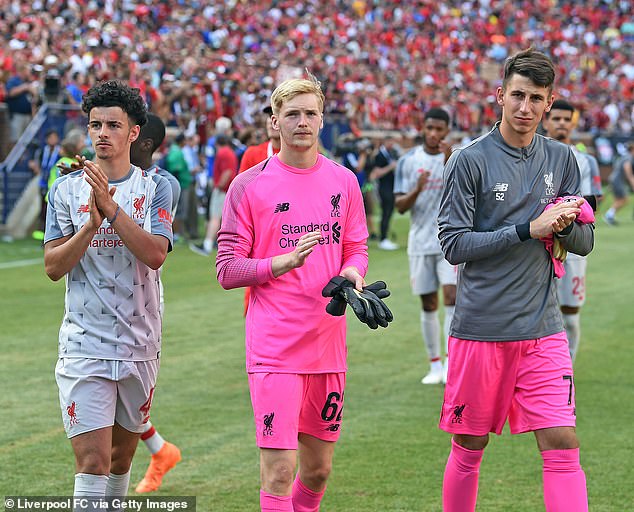 Victory for Liverpool in Serbia would edge Jurgen Klopp’s side to the brink of the knock-out stages with an overall points tally of nine.

They lead Group C by a point after Napoli’s draw with Paris Saint-Germain in the last round of group matches.