In the biting cold at Anfield, it was not the scoreline that was of pressing importance. Once Mason Mount’s spatial awareness, fine feet and precision finish had deservedly put Chelsea ahead before the break, the match was effectively over.

That feeling filled the stadium and so the match effectively devolved into a Liverpool shot on target watch.

It had finally arrived with 85 minutes played and with a whimper: Gini Wijnaldum’s soft header offering nothing more than a stretching exercise for the seriously comfortable Edouard Mendy.

The shape of the match was unsurprising to those that have watched both these sides closely in recent weeks.

Chelsea lionising possession, tireless and disciplined without it, but still not generating the amount of goals their performances deserve.

Only one opposition player has breached Thomas Tuchel’s organisational revamp of Chelsea – ironically Takumi Minamino, on loan from Liverpool to Southampton.

The club’s defensive solidity since Frank Lampard’s departure has shaped them as the team with the greatest tools to end up as Manchester City’s closest challengers.

Liverpool, meanwhile, continue to fade into nothingness: a team that wants to play a high line but do not put pressure against the ball; that know they are vulnerable to the long ball but continuously encourage opponents to use it; that still want to be aggressive initiators but are a passive imitation.

What used to come naturally – the offensive cohesion, the confidence in transition, the ability to completely maim opponents in minutes, the surety – has eroded. 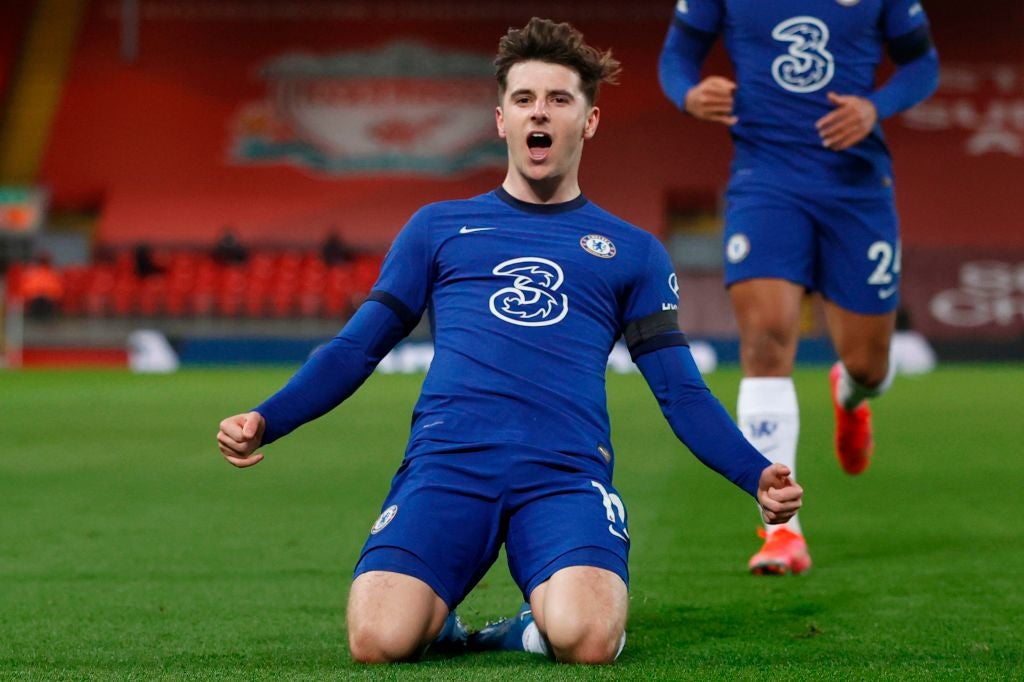 The biggest reason has been discussed in depth: injuries have tanked structure, stability and Liverpool’s steely foundation.

That explains their fall, their fallibility and will frame the context of their season. But some of the in-game displays are in the mould of relegation strugglers rather than a squad still littered with Champions League winners.

“We had a really good team on the pitch but were not good enough in decisive moments,” Jurgen Klopp conceded. “There is only one person or group to criticise for that – that’s me and us.”

On Thursday night, Chelsea were superior in every respect and at ease. “The performance was very complex, we were strong in transition, in defending, winning second balls, counter pressing,” Tuchel accurately analysed. “Everybody was very brave because they needed to adapt their positions all the time.”

Chelsea’s manager described it as “a six-point game” and there was sadness watching Liverpool be so timid during what was a titanic showdown.

But it was no deviation from the trend. Liverpool’s solitary goal in the last six games at Anfield was a Mohamed Salah penalty in the 4-1 defeat to City last month. They have scored just one first-half goal in their past 11 league fixtures.

Liverpool have secured 10 points from 11 top-flight matches in 2021, with only West Brom (nine), Newcastle (seven) and Southampton (four) posting a worse return.

They are the first English top-flight reigning champions to lose five consecutive home league games – something that has never before happened in the club’s history. There is nowhere to hide.

Liverpool were below average against Chelsea and they have been below average for too long. Vultures are circling, agents will be looking to absolve their clients from their part in this state of play and clubs around them are all looking upwards.

Liverpool need to rediscover shades of themselves – and fast. Falling away from the top four is a certainty if they do not, with finishing out of the European places altogether growing increasingly likely.

March 5, 2021 Soccer Comments Off on Liverpool left with nowhere to hide as depth of their decline is laid bare
NFL News