Liverpool are reportedly set to make a decision on Ozan Kabak in the very near future amid strong interest in Ibrahima Konate. The Reds have suffered horrendous luck in the defensive department this season with both Virgil van Dijk and Joe Gomez suffering long-term injuries at the start of the campaign.

It’s meant that Jurgen Klopp has been forced to use a number of partnerships in the centre of defence.

There was a clear need to bring in reinforcements in the January transfer window as Klopp urged the club to sign a centre-back.

Ben Davies joined on a permanent basis from Preston while a short-term loan deal was agreed with Schalke for Kabak to join.

JUST IN: Real Madrid coach window smashed outside Anfield ahead of showdown 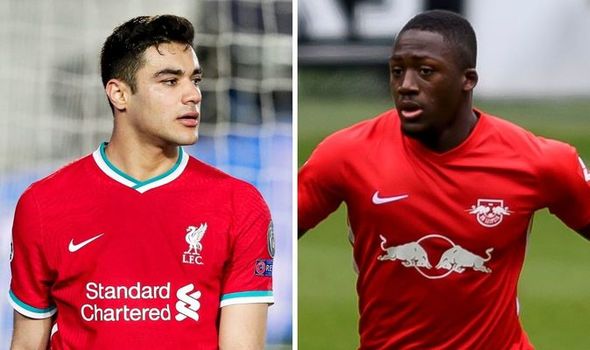 The 25-year-old is yet to make a single appearance for his new club, but Kabak has established himself as a regular since making the move.

He’s been deployed alongside Nat Phillips with a number of impressive performances to date.

Phillips isn’t expected to be the long-term solutions for Klopp in defence when Van Dijk and Gomez return.

But Kabak will be playing for his Anfield future before the end of the season and a decision may well happen very soon.

According to Fussball Transfers, Liverpool have until the end of May to activate their option to buy Kabak in the summer.

He will be available for just £18million, but a final decision is yet to be made on whether Liverpool want to sign the Turkey international.

That may well have something to do with Liverpool’s interest in RB Leipzig’s Konate.

Reports in Germany suggesting that Liverpool are now ‘in the final stages’ of completing a deal for Konate. 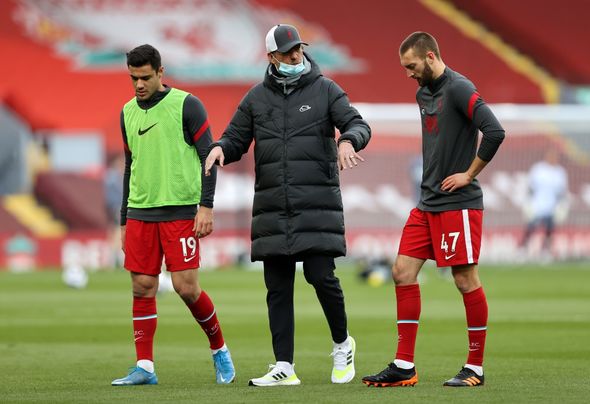 It was originally stated that Konate’s release clause was set at roughly £35m, but he may be available for just £28m.

A move for Konate may not mean that Kabak doesn’t join as well, with question marks over Matip’s future at Anfield.

Klopp will almost certainly want four senior centre-backs heading into next season, but Phillips may well have done enough this season to prove that he’s capable of being the club’s fourth option.