Liverpool transfer target Thiago Alcantara would have to take time to adapt to the first-team squad at Anfield, but would cope brilliantly in the midfield three. That’s the opinion of ESPN pundit Julien Laurens, who believes the Spaniard is a must-buy for the Reds.

Liverpool are believed to be in talks to sign Thiago this summer after the midfielder’s transfer request.

With a year to run on his contract, the Spaniard told Bayern that he wants to leave and play in the Premier League, with Anfield his most likely destination.

Liverpool are believed to be the only team in the running to sign him, despite his man-of-the-match display in the Champions League final.

Bayern want £30million for the 29-year-old, and the Reds are in negotiations to get them to lower that asking price. 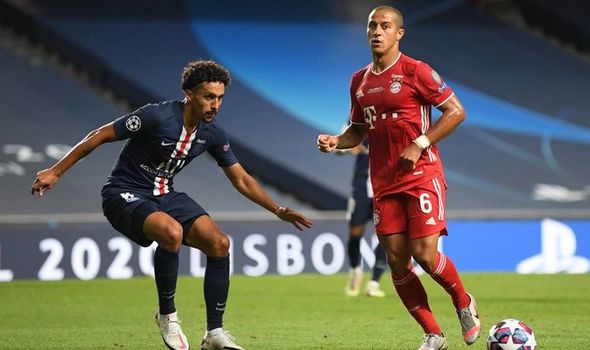 Paris Saint-Germain were reportedly interested, as were Manchester City, but neither have been tipped to make a concrete bid.

And Laurens questioned why neither would be willing to try to pip the Reds to Thiago’s signature, and discussed how Thiago would take to life in the Premier League.

The midfielder usually plays in the middle of the park in front of the defence, and the pundit explained on ESPN FC that he would have to adapt to the high press Liverpool play with.

Laurens also insisted it wouldn’t be a risk to fork out for the midfielder despite his contractual situation.

“I think Thiago would look great in any midfield in the world right now, he’s that good,” he said.

“He would bring something different that Liverpool don’t currently have.

“He would also be part of the press that that team plays with.

“He would maybe need a little bit of time to adapt, but he proved with Bayern Munich that he can do it, he can be part of that. 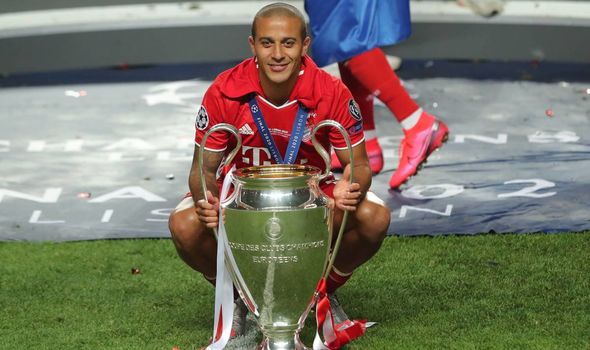 “At that price, especially, even if there’s been a few injuries through the years and this season, I still think you take the risk.

“It’s not even a risk, you’d go for him every day, and he’ll make your team better, for sure.

“I’m even surprised other teams aren’t going for him, even Manchester City and PSG, for me it’s a no-brainer.