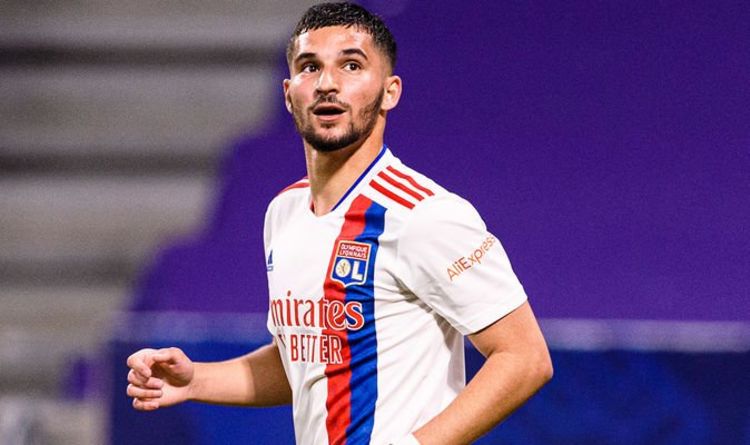 Liverpool are reportedly the club most likely to sign Houssem Aouar this summer. However, Lyon have now upped their asking price for the French midfielder. Aouar was a top target for Arsenal last summer but the Gunners were unable to get a deal over the line.

Arsenal have again been linked with the 23-year-old as Mikel Arteta aims to rebuild his struggling squad.

However, it appears unlikely Arsenal will have a free run at signing Aouar.

Liverpool, Tottenham and Manchester United have all been named as clubs interested in signing the Lyon star.

ESPN claimed last week that Spurs had offered Tanguy Ndombele to Lyon in an attempt to sign Aouar.

However, French outlet Le10Sport claims Liverpool are in pole position to sign Aouar.

The report says, unlike Tottenham and United, Liverpool do not need to sell to raise funds to sign Aouar.

They lost Georginio Wijnaldum at the end of his contract this summer and are on the lookout for a replacement.

However, Lyon are not making it easy for any side to sign Aouar.

The reason for that is because new Lyon manager Peter Bosz is keen to keep Aouar at the club.

Aulas responded by increasing the asking price to a fee where they ‘will not be able to refuse’.

Aouar has just two years remaining on his contract at Lyon.

Le10Sport says Arsenal submitted an offer for the player earlier this summer.

However, after seeing that bid rebuffed, the Gunners are currently not willing to re-enter negotiations.

Meanwhile, the report says Spurs will only look to sign Aouar if they sell Harry Kane this summer.

Tottenham will aim to bring in a couple of attacking players, as well as creative midfielder like Aouar, if Kane were to leave.

United are in a similar position, where they will only go in for Aouar if they lose Paul Pogba.

Pogba has entered the final year of his contract at Old Trafford and has reportedly emerged as a top target for Paris Saint-Germain.

July 20, 2021 Soccer Comments Off on Liverpool ‘in pole position’ to sign Houssem Aouar but Lyon up price for Arsenal target
NFL News