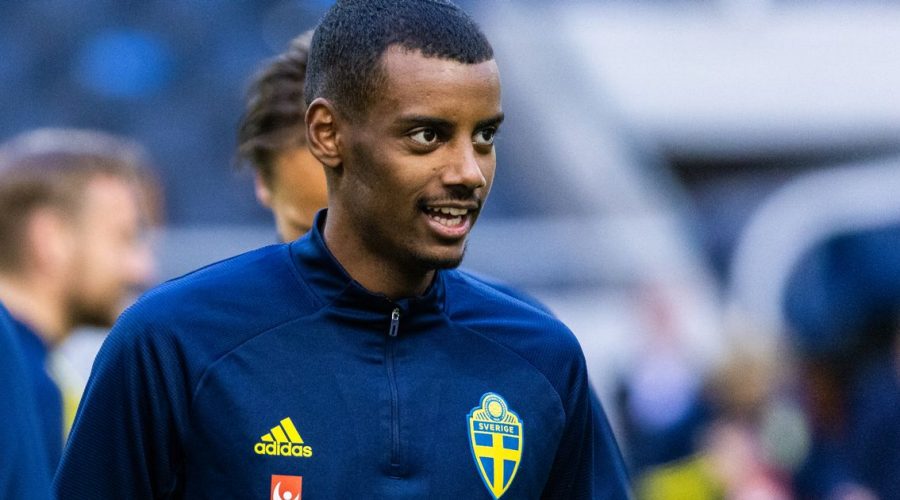 Jurgen Klopp is eyeing attacking additions in the summer transfer window by plotting an ambitious move for Alexander Isak with the Swede impressing heavily at the European Championships.

Elsewhere, the German is interested in acquiring a central-midfielder after Gini Wijnaldum signed for PSG on the expiration of his contract at Anfield.

Alex Oxlade-Chamberlain and Naby Keita have spent significant time on the treatment table and so the Liverpool hierarchy are set to back Klopp's demands for more additions in the middle of the park.

Liverpool will need to improve their forward line if they are to reclaim the Premier League title back from Manchester City; the Reds scored 15 fewer goals than Pep Guardiola's side who eased to a third championship in four seasons.

Klopp in for Isak

The Liverpool boss is in the market for a forward to ease the pressure on top scorers Mohamed Salah and Sadio Mane; following an impressive 20/21 campaign, that has carried on into the Euros, Alexander Isak is the man Klopp wants.

The Swedish striker scored 17 goals in 34 matches for Real Sociedad in La Liga last season and has starred in Janne Andersson's side, who have all but guaranteed their place in the knockout stages of this summer's championships.

Would Isak be a good signing for Liverpool? Let us know in the comments section

Spanish outlet AS (via Sport Witness) are reporting that Isak has a €70 million buyout clause written into his contact which has alerted Director of football Michael Edwards.

But Edwards will have to move quickly, with London sides Arsenal and Chelsea ready to battle it out for Isak's signature.

It's no secret that a Gini Wijnaldum replacement is high on Liverpool's to-do list this summer; the Dutch midfielder always looked to be on his way out of Anfield after declining to extend his contract.

That replacement had looked to be Florian Neuhaus who starred for Borussia Mönchengladbach last season.

Die Fohlen seemed destined to claim European football for a second successive season but a late collapse saw them fall to an eventual eighth-placed finish in the Bundesliga.

Neuhaus was believed to be Michael Edwards' number one target, with a €40 million deal reportedly being eyed up.

But that now looks to be off with SPORT BILD chief reporter Tobi Altschäffl taking to Twitter to claim that Neuhaus chatted with new coach Adi Hütter and is now happy to stay at Mönchengladbach.

Liverpool are set to lose one of their academy prospects to Chelsea with whizkid Ethan Ennis turning down a new deal at Anfield in favour of a move to west London.

The 16-year-old has dropped a huge hint on his Instagram that the move is almost complete by showing him at Chelsea's Cobham training complex.

Ennis featured eight times for the Reds under-18 side last season but was keen on a move to Stamford Bridge due to their promise to promote youngsters through to the first team.

Reece James and Mason Mount are prime examples of how Chelsea's youth products have cemented their place in the first team.

July 2, 2021 Soccer Comments Off on Liverpool in for Isak, get Neuhaus blow and youngster set for Chelsea switch
NFL News