Jurgen Klopp organised a friendly with Huddersfield B team on Sunday for his players who did not feature against Leeds. The Reds were given a real scare by Marcelo Bielsa’s side at Anfield on Saturday in a rollercoaster affair.

Mohamed Salah scored a hat-trick which including two penalties, while Virgil van Dijk was also on target as the Whites responded three times to level things up.

Salah’s late penalty was enough to earn all three points ahead of next week’s clash with Chelsea at Stamford Bridge.

Less than 24 hours after the match, several Liverpool players were back at Anfield to take on Danny Schofield’s Huddersfield B side.

The game finished 1-1 with Takumi Minamino on target for the hosts before an own goal drew Huddersfield level.

JUST IN: Liverpool transfer for Nabil Fekir did not collapse due to medical as new twist emerges 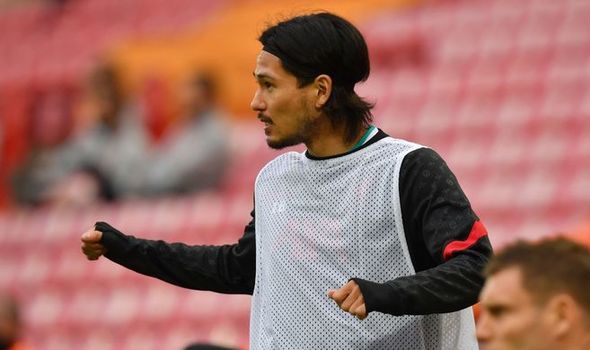 Loris Karius was back in a Liverpool shirt with Caoimhin Kelleher in action for the Under-23s against Everton.

Xherdan Shaqiri was also back on the field as he looks to put his injury troubles behind him.

The Swiss international did look set to leave the club this summer but the Reds are yet to receive an offer for the winger.

Adrian, James Milner, Joel Matip and Divock Origi were also part of the Liverpool team who were looking to get some extra minutes in the tank.

Harry Wilson also returned from injury while Rhian Brewster was handed another chance to impress.

The young striker could still head out on loan with Sheffield United leading the race for his signature.

It’s believed that Liverpool will consider offers for Brewster in the region of £25million.

Marko Grujic is also likely to have featured and his agent has said Liverpool want to keep him until at least January. 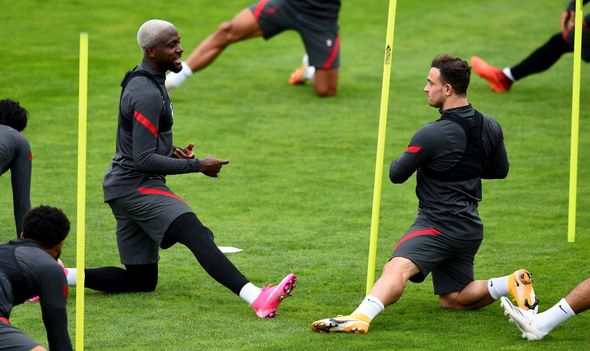 Minamino’s goal was yet another statement to Klopp that he is ready to make an impact at Anfield.

The Japanese international has endured a slow start following his £7.25m arrival from RB Salzburg in January.

He scored his first goal for the club in the Community Shield defeat to Arsenal at Wembley and it looks to have done his confidence the world of good.

The attacker has used lockdown to work on his English and he has felt more integrated with the squad upon their return to Melwood.