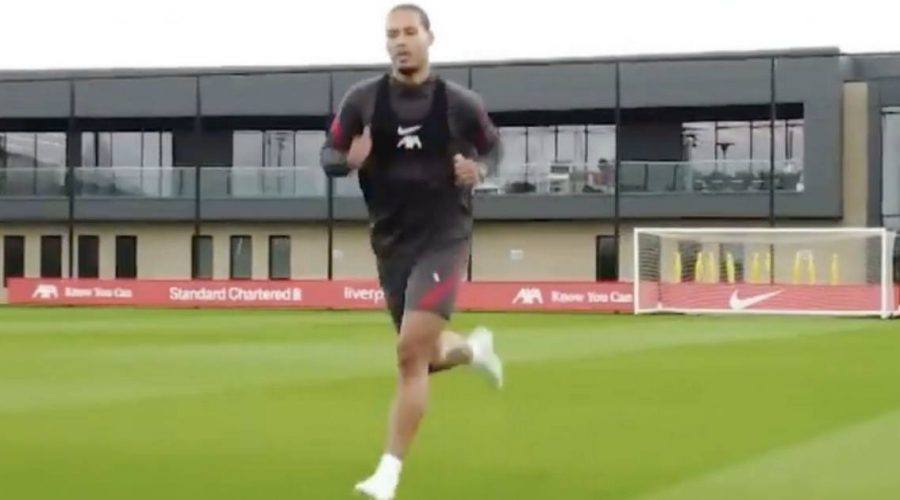 Liverpool star Virgil van Dijk is ramping up his return from injury and is back running on the training pitch, but Reds fans believe there's bad news set to come from the club.

Van Dijk is slowly continuing his road back to the pitch following his devastating ACL injury.

The Dutchman posted a video to his Twitter page showing himself running on the training pitch, the first time he's broken out into a fast jog since the injury.

However, Liverpool fans were sceptical after seeing the tweet, considering the club earned somewhat of a reputation among the fanbase earlier this season due to the timing of their Van Dijk updates, which often came soon after bad news had emerged.

Fans often joke after bad results that Van Dijk be used to try and cheer up supporters the following morning.

And after his video on Thursday, fans joked that bad news was coming. "Ffs this is never good," one wrote.

Another posted: "You are the good news… Now I'm waiting the club to drop the bad news."

"Just waiting for tomorrow’s “Jürgen Klopp has confirmed that Fabinho is set to miss the remainder of the 2020/21 season due to an ankle ligament injury” tweet now," one wrote.

"What bad news is coming," asked another.

One fan joked: He’s posting this coz we’re getting smashed this weekend aren’t we."

Van Dijk is still expected to miss the rest of the season through the knee ligament injury, but it is unquestionably a promising sign that he's back out running.

The 29-year-old is unlikely to play any role in the upcoming European Championships.

Joe Gomez is also likely to miss out, but Joel Matip returned to training this week – however, he's still unlikely to feature in any of the remaining games of the campaign.