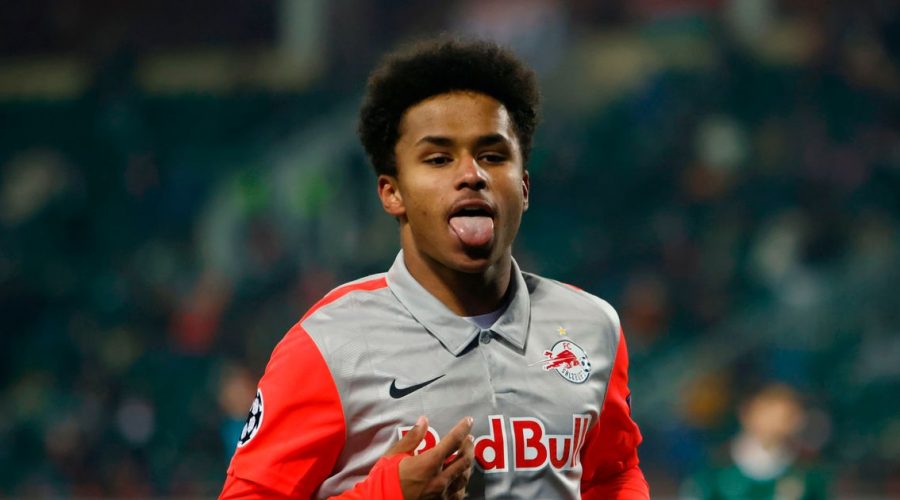 Liverpool are eying up a January bid for young forward Karim Adeyemi of RB Salzburg as they look to bolster their attacking options.

The Reds only made one signing this summer due to their limited budget, according to Jurgen Klopp, but are weighing up how they can best use their funds when the next window opens.

The signing of Ibrahima Konate from RB Leipzig for £36million provided them with more defensive stability, but Liverpool fans were keen to see another midfield option brought in as well as improved cover for Sadio Mane, Roberto Firmino and Mohamed Salah over the summer.

Klopp has Diogo Jota, Harvey Elliott, Divock Origi and Takumi Minamino as readymade replacements, but he may not be too confident with those options as according to transfermarkt Liverpool are interested in signing 19-year-old forward Adeyemi.

The German striker has scored seven and assisted once in nine appearances in the Austrian Bundesliga which has seen his value rise from €10m (£8.5m) to €20m (£17m) on the site.

Barcelona are also reportedly interested in the exciting prospect as they look to rebuild after the departure of Lionel Messi, as well as Borussia Dortmund, who would assumedly use the funds from the sale of Jadon Sancho to Manchester United to fund the deal.

Adeyemi has been highlighted as one of the brightest talents rising through the German ranks due to his pace, intelligence and how capable he is with both feet; similarly to Diogo Jota, he can also play anywhere along the frontline.

Do Liverpool need to sign Adeyemi? Let us know in the comments section

Germany manager Hans-Dieter Flick handed the striker his international debut last week, bringing him off of the bench in the 72nd minute to replace Serge Gnabry against Armenia, and he scored just 19 minutes later to cap off a memorable night.

Liverpool will need to be first in the queue to get the Adeyemi signing over the line in January as when the African Cup of Nations commences that month they will be without Mane (Senegal) and Salah (Egypt) for weeks, as well as Naby Keita (Guinea), which will mean Elliott will probably continue to play in the midfield three.