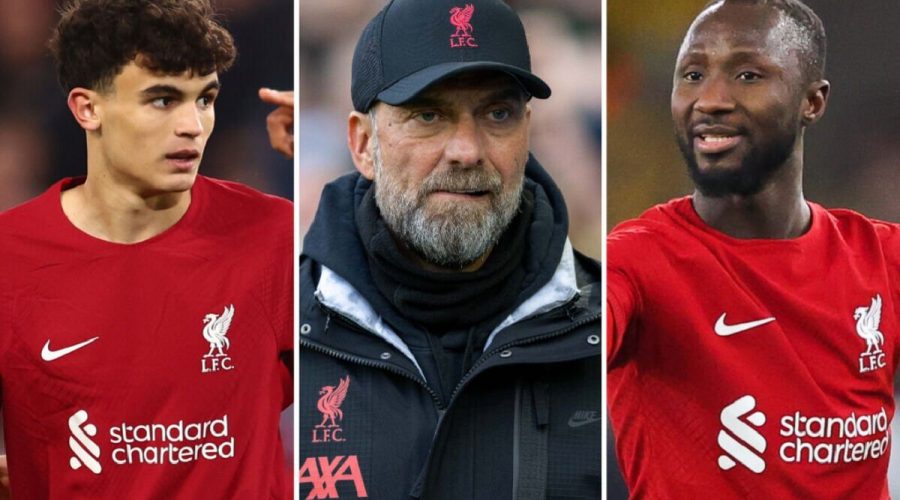 Liverpool return to Premier League action desperately in need of victory at home to rivals Chelsea in the Champions League chase today (12.30pm). The Reds have convincingly lost both of their last two league matches to slip down to ninth and 10 points adrift of fourth. Express Sport looks at how Jurgen Klopp may line up against the Blues with six likely changes from the midweek FA Cup replay win at Wolves.

The first change will come in goal. Caoimhin Kelleher kept Liverpool’s first domestic away clean sheet since September at Wolves on Tuesday night. In truth the Irishman barely had a save to make throughout the contest.

Alisson, with just four clean sheets in 18 Premier League outings and 25 goals conceded, will be hoping for a similar 90 minutes against Chelsea – though he may be lucky to get it given the visitors’ attacking threat. Nonetheless the Brazilian will return to the starting line-up having arguably been the club’s Player of the Year thus far.

James Milner and Joe Gomez both shone at Wolves but Milner is a certainty to make way for the creative Trent Alexander-Arnold, who could come up against Chelsea new boy Mykhaylo Mudryk at Anfield. Andy Robertson will likewise replace Kostas Tsimikas at left-back.

Gomez would be an unfortunate victim but Matip has often been so reliable for Klopp and so is the fourth change. The German is expected to back the Cameroonian to improve on his last two performances alongside Ibrahima Konate as Liverpool eye a first Premier League clean sheet since October 19.

Liverpool have desperately struggled in midfield with Fabinho and Jordan Henderson well below par and post-Wolves Klopp said: “The door is open for everybody. We have to fight and whoever is ready to fight has a good chance to play.”

On the basis of Tuesday’s performance in the Midlands, Naby Keita, Thiago Alcantara and 18-year-old Stefan Bajcetic may all keep their starting spots. The dynamism of Keita – making his first start of the season – and teenager Bajcetic helped Thiago operate at a higher level.

Bajcetic was a Man of the Match contender with his work on and off the ball, and Klopp said yesterday he is in contention to start here. The trio could offer the energy and intensity out of possession that Liverpool have sorely lacked. Klopp may be tempted by the experience of Fabinho over Bajcetic but recent performances indicate the Spaniard is deserving of a shot.

Mohamed Salah and Darwin Nunez both scored in the Reds’ first meeting with Wolves at Anfield when they started up top with Cody Gakpo. The newly-signed Dutchman produced his best display yet through the middle at Molineux and he may start as the centre-forward again here.

Top scorer Salah will start on the right and the fit-again Nunez may operate initially from the left. The returning Uruguayan missed the trips to Brighton and Wolves and his absence was sorely felt. His livewire movement and dribbling has been a major asset this term, for all the criticism of his inconsistent finishing.