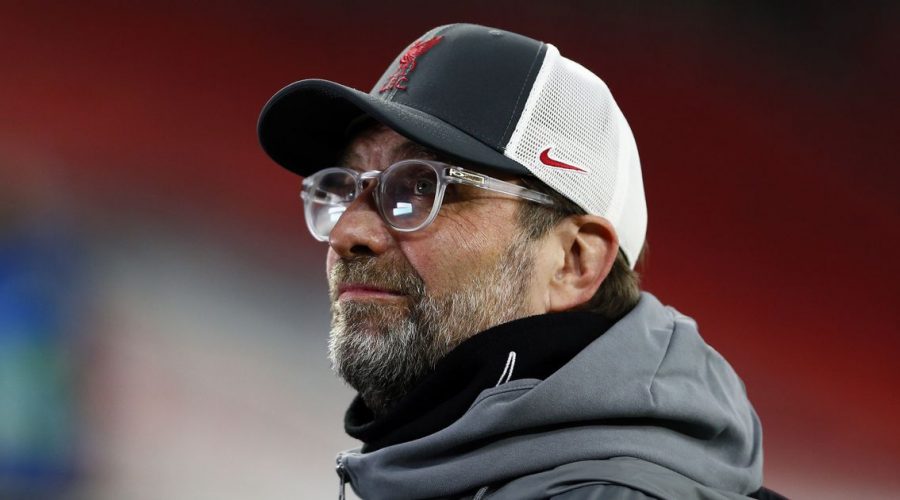 Come Sunday evening, there may be a new Premier League champion crowned.

Manchester City have seemed destined to win a third title in four years for many months, with an astonishing run of 19 wins in their last 21 games laying bare their superior quality compared to the rest of the division.

Liverpool's season could hardly have been more different, with the Reds reduced to a threadbare squad by injuries and now facing an uphill battle even to finish in the top four.

Rather ironically, a victory for Liverpool on Sunday will mark the end of their reign and the start of City's, so long as the Sky Blues overcome Crystal Palace the previous day.

But the blow of losing their title could be softened somewhat, as Liverpool's fixture is against Manchester United.

This means if City end the weekend as champions, Jurgen Klopp's men will at least have earned bragging rights with victory over their arch rivals.

The Reds need no added motivation against United as they look to close the four-point gap on the Champions League places.

Will Liverpool beat arch-rivals United on Sunday? Have your say in the comments.

The last Premier League meeting between the two north-west rivals ended in a goalless draw at Anfield in mid-January.

United and Liverpool met for a second time that month in the FA Cup, with the Red Devils battling to a 3-2 victory to reach the fifth round.

It seems likely Liverpool's fate will be in their own hands this weekend, as City will be confident of getting the job done against Palace in Saturday's lunchtime game.

The Eagles have taken just one point from their last three games and they were hammered 4-0 at the Etihad in January.

Their opponents, City, come into the match on the back of a stunning comeback victory over Paris Saint-Germain in the first leg of their Champions League semi-final.