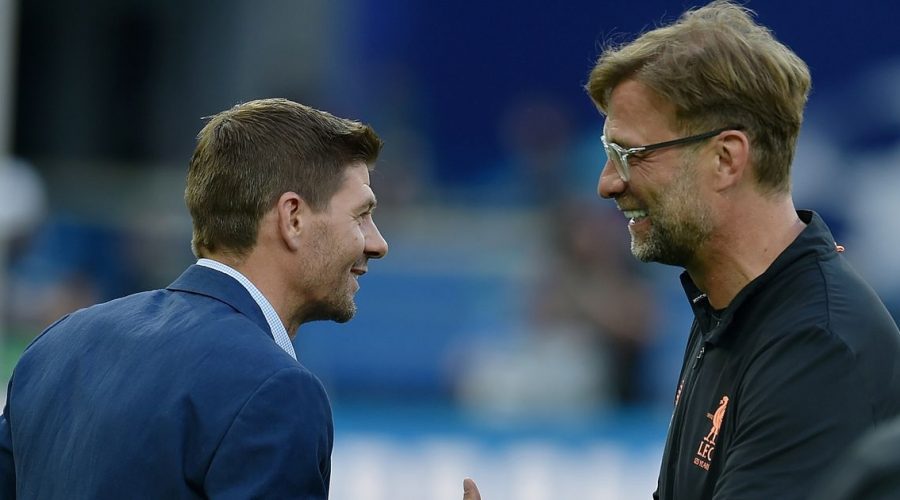 Steven Gerrard is being lined up to replace Jurgen Klopp as Liverpool boss with increasing doubts over the German’s long-term Anfield future.

There is a growing belief that Klopp, who has ended a 30-year wait for the Premier League title, will say yes to the chance of succeeding Joachim Low as Germany’s international manager.

Klopp is the outstanding candidate as far as the German Football Association (DFB) is concerned and they will make their approach once Low’s own future is sealed.

Low has been in sole charge since 2006, leading his country to success in the 2014 World Cup but enduring a nightmare 2018 World Cup and UEFA Nations League.

Despite calls for his sacking he has remained in charge with his contract encompassing this summer’s European Championship finals and the 2022 World Cup in Qatar.

It’s accepted that Low wouldn’t be able to survive an underwhelming Euro campaign which would prompt an earlier than expected approach for Klopp.

And according to a well placed Liverpool source it would be one Klopp would find difficult to resist even though he is enjoying his time on Merseyside.

It’s why Liverpool’s principal owner John W. Henry and chairman Tom Werner have been keeping a close eye on Gerrard’s work at Rangers.

And with the Liverpool playing legend about to land the Scottish Premiership, it’s helped rubber stamp their belief that Gerrard – along with his Ibrox assistant and fellow ex-Anfield star Gary McAllister – have the credentials to succeed Klopp.

Would you like to see Gerrard succeed Klopp at Liverpool? Have your say in the comments.

A move for Gerrard would also have the backing of Anfield greats like Sir Kenny Dalglish, who has been impressed by his work north of the border. Gerrard also shone as a coach in the Liverpool academy after retiring as a player.

Liverpool’s hierarchy are also confident that Gerrard would resist overtures from any Premier League club seeking to install the 40-year-old as their manager.

His roadmap has always had his preferable destination as Anfield – one which is moving closer to reality.