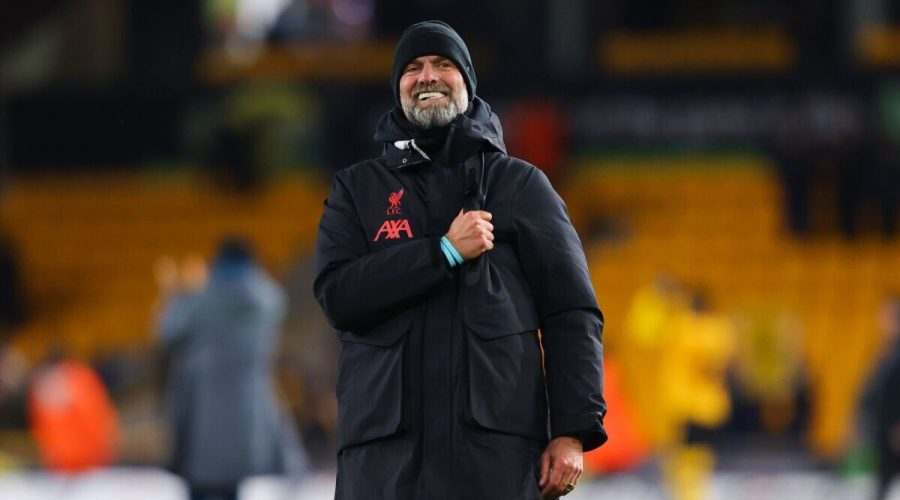 Liverpool boss Jurgen Klopp can save millions in his pursuit of new midfielders if he feels Stefan Bajcetic can become a first-team star. The 18-year-old Spaniard has played just nine games for Liverpool but produced a sparkling performance on Tuesday night as he played 75 minutes of the Reds’ FA Cup third-round replay victory against Wolves at Molineux.

Liverpool have struggled in midfield this season and have been dominated in the centre of the pitch time and time again. Their lack of midfield control has been one reason for their underwhelming Premier League campaign, and they now look set to miss out on Champions League qualification next season after falling to ninth in the table.

But Liverpool would have to shell out mega money for both players at a time when the future of the club’s ownership is far from certain amid talk of a potential sale. And if Bajcetic can force his way into the Reds team, Klopp won’t be as desperate for new midfielders as he currently is.

After watching Bajcetic star against Wolves, Klopp said: “Good boy, good player. Very smart in his movements. The younger you are, the more important it is that you have a good start in the game. He had a few situations. I’m not sure if he saw that he had space or just hoped that he had space when he turned and there actually was space. He did really well.”

Klopp then admitted “the door is open for everybody” as he looks to help his team put a strong run of form together throughout the second half of the campaign. And the German added: “We have to fight, whoever’s ready to fight has a good chance to play.”

Bajcetic found the back of the net against Aston Villa on Boxing Day after coming off the bench for only his second ever Premier League appearance as the Reds ran out 3-1 winners. And following that match, Klopp once again heaped praise on the teenager.

“He’s cheeky as hell and is not worried about anything,” said the German. “He just plays football and he can do that exceptionally well. He had a football-playing father (Srdan Bajcetic) so the genes are there but also the attitude, awareness and match intelligence. It’s a big pleasure to work with these boys.”

Liverpool are set to return to Premier League action on Saturday when they host Chelsea in the lunchtime kick-off. And Bajcetic will be hoping his midweek performance is enough to force his way into Klopp’s starting team at Anfield. And he’ll hope to be in the starting eleven not just this weekend, but next season and beyond.

January 19, 2023 Soccer Comments Off on Liverpool boss Klopp can save millions amid Nunes and Bellingham deals
NFL News