Liverpool should have pushed to sign Norwich ace Jamal Lewis, says Dean Ashton. Jurgen Klopp was eyeing the talented left-back earlier in the summer. But the Premier League champions cooled their interest after having a £10m offer knocked back by the Canaries.

Newcastle are now in pole position to secure his signature after having a £15m offer accepted.

Ashton, who scored 18 goals in 46 games for Norwich during his playing days, says Klopp has missed out on a gem.

“I think he made a mistake, because there’s a lot of potential there,” said Ashton, who was speaking ahead of the return of the EFL on Quest highlights show this Saturday.

“If you look at Andy Robertson – and the player he came into Liverpool as – there’s certain similarities there in terms of styles.

“Robertson is better in terms of his attacking play and Lewis has still got plenty more to improve on. 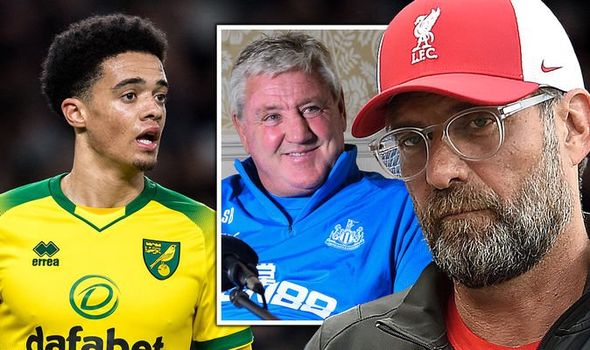 “But I still think he can become an even better player as he’s got that intelligence and professionalism to do what it takes.”

Newcastle have been active in the transfer market.

Steve Bruce snapped up Callum Wilson and Ryan Fraser from Bournemouth earlier in the week.

The experienced chief will be looking to improve on Newcastle’s 13th-place finish last season.

“It’s a huge football club with a ridiculous fan base,” he added.

“Every player I’ve ever spoken to says it’s a totally unique place to play.

“Steve Bruce has also shown defensively over the years that he knows how to put a side together.

“And being the fantastic defender that he was, what better manager to learn from than him.

“But if it doesn’t go through – and with all of these young players at Norwich – it won’t do them any harm having another year in the Championship and developing their trade.”

EFL on Quest returns this Saturday at 9pm and throughout the season on Wednesdays at 10.30pm for mid-week fixtures. Stream live and catch-up on dplay.