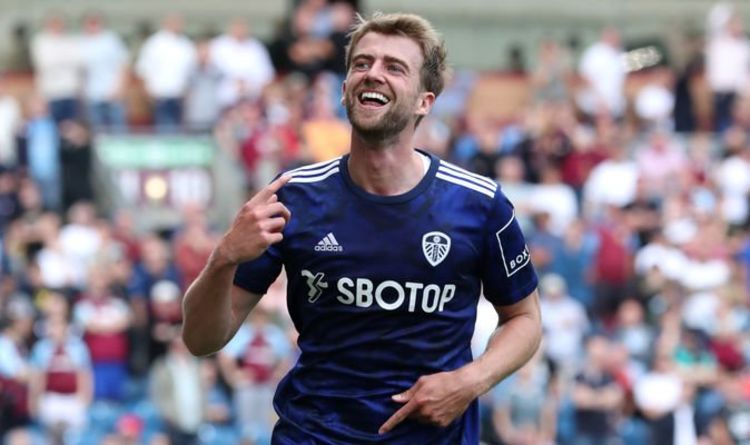 Liverpool made an attempt to sign Leeds United striker Patrick Bamford earlier this summer, reports claim. The newly-crowned England international eventually put pen to paper on a new deal at Elland Road, but he could be a target the Reds eventually revisit as their own attacking force edge towards their thirties.

Having been through seven separate loan spells while on the books of Chelsea, Bamford eventually found a home for himself in Leeds.

Under the coaching of Marcelo Bielsa, the Nottingham Forest youth product is now playing at his full potential, demonstrated by his 17-goal Premier League haul last campaign.

Such great form put him on the verge of England’s squad for Euro 2020, while he was finally called up in the wake of the tournament to make his senior bow.

His first cap came against Andorra on Sunday, although he was left frustrated to not mark it with a goal.

So impressive was he last season, that Liverpool reportedly made enquiries with Leeds about putting together a deal earlier in the summer, according to Goal.

The move never materialised, and Bamford ended up signing a new five-year deal in August.

The 28-year-old could rub salt in the wounds this Sunday, when Liverpool travel to Elland Road to face a side hungry to notch their first win of the season.

Klopp had flirted with the idea of rejuvenating the Reds’ attacking ranks at various points in the summer, but the perfect opportunity never arose.

An established attacking trio of Roberto Firmino, Mohamed Salah and Sadio Mane would have been tricky to displace regardless, not to mention the red-hot Diogo Jota knocking on the door.

As such, Liverpool’s need for reinforcements up top is not urgent, but with all three set to celebrate their 30th birthday this season, a gradual phasing out may be in the pipeline.

Bamford is only a year younger, but Klopp clearly feels as though he could bring something fresh and new to Anfield.

It would be quite the story for the former Chelsea man, who started amongst the glamour of Stamford Bridge before tumbling down to the Championship with various sides.

Soon enough, he helped fire Leeds back to the topflight for the first time in 16 years and performed impressively once they got there.

A move to the likes of Liverpool would see him come full circle.

Whether Klopp’s interest was just a flash in the pan or something that could be revisited remains to be seen, but Bamford is certainly catching the eye since making his return to the big time.