Jurgen Klopp has warned his Liverpool squad that they will not be “rewarded in history” unless they see through their incredible Premier League campaign. The Reds lead second-placed Manchester City by 16 points, which could be extended by a further three when they take on West Ham in their game in hand on Wednesday.

Liverpool reached 40 top-flight games unbeaten on Thursday evening as they weathered a constant storm from Wolves to exit the Molineux 2-1 winners.

Jordan Henderson’s opener and a late sucker-punch from Roberto Firmino sealed the victory which means the Anfield club can feasibly win the the league when they play against reigning champions City at the Etihad Stadium on April 4.

Klopp has urged his men to not get ahead of themselves, though, as they close in on their first English crown since 1990.

“Anyone in the past who looked like they would win something and then stopped never got rewarded in history,” Klopp philosophically observed. 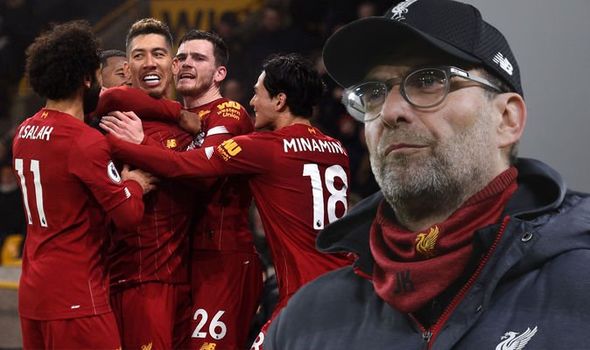 “After our career we want to look back and then mix it up, what we won and when we won it.

“That was maybe a joke at the time but it is kind of the idea we have together.”

If Liverpool’s myopia does not allow them to envisage lifting the Premier League title, then prospective FA Cup and Champions League successes must be even further out of sight.

Klopp’s side travel to Shrewsbury in the fourth round of the FA Cup on Sunday as murmurs of a potential treble increase in volume.

After their winter break on the February 8/9 weekend, Liverpool face Atletico Madrid in the Champions League round of 16.

Ahead of those cup clashes, Klopp insists Liverpool are not reflecting on their success to date and continue to look forward to the next game.

“I don’t think about it, but I think if I look back it makes sense after the last game, whichever that game will be as we are still in two cup competitions,” Klopp said.

“In the cups we are where we are ahead of the next round. Shrewsbury and Atletico Madrid are our next opponents. 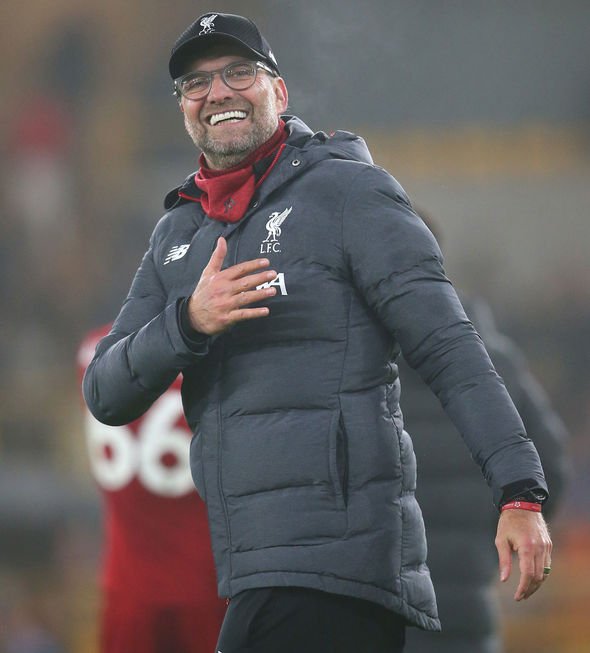 “It is really about doing what you have to do until it is over. There is no 10 per cent party in my mind, no 15 per cent, no eight per cent, there is just no party.

“After the game [against Wolves], we had these little meetings where I tell the boys what I think.

“To be honest I had to remind myself to say: ‘Congratulations, the result was outstanding.’

“We have no time to make assessments, we analyse our next opponent and then we go in.

“It is not that we forget what we have to do better. We are all happy with each other, obviously, in a good place that is clear – many other teams are the same.

“And we were in a good place last year and the year before when we didn’t win anything because we just like working together, working together on improvement and there is still a lot to improve. That is our life.”