Liverpool boss Jurgen Klopp says midfielder Thiago Alcantara has not recovered in time for their crunch clash against Manchester City on Sunday after picking up a knee problem in the Merseyside derby.

The Spaniard, a £20million signing from Bayern Munich this summer, played no part in the Reds’ 2-1 win over West Ham last week, and there were fears that the 29-year-old may require surgery.

But Klopp said while Thiago did not have to go under the knife, he still needed more time before returning to the first team fold. The German coach had better news on Joel Matip, however, with the centre-back in line to feature against City after recovering from a muscle issue. 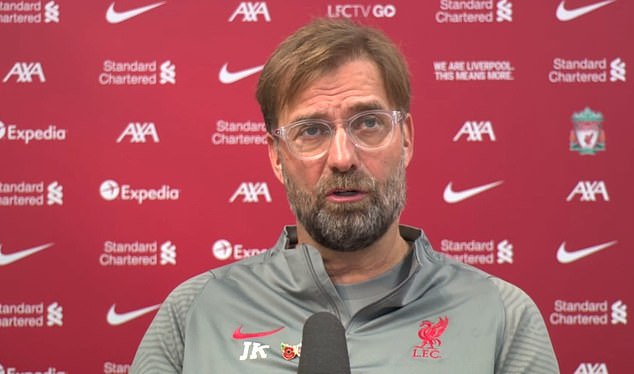 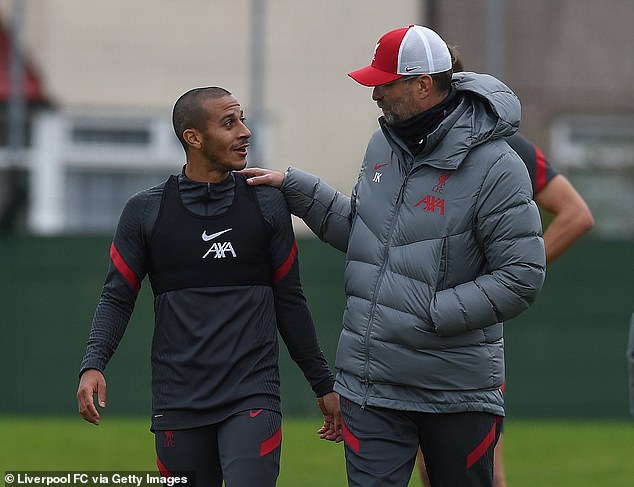 ‘No, not ready,’ he said of Thiago at his press conference. ‘There was no surgery needed but still an injury so you look day to day. Tthe longer he is out, the longer he has to train before we consider him again. Thiago will not be available for us on Sunday and that is it.

‘Centre-halves – good. The boys enjoyed the challenge and we saw that they are able to do some special stuff.

‘Yes, Joel [Matip] is back and has had seven, eight, nine days in training and after the game there will be 14 days training for him. We will see what we can do.’ 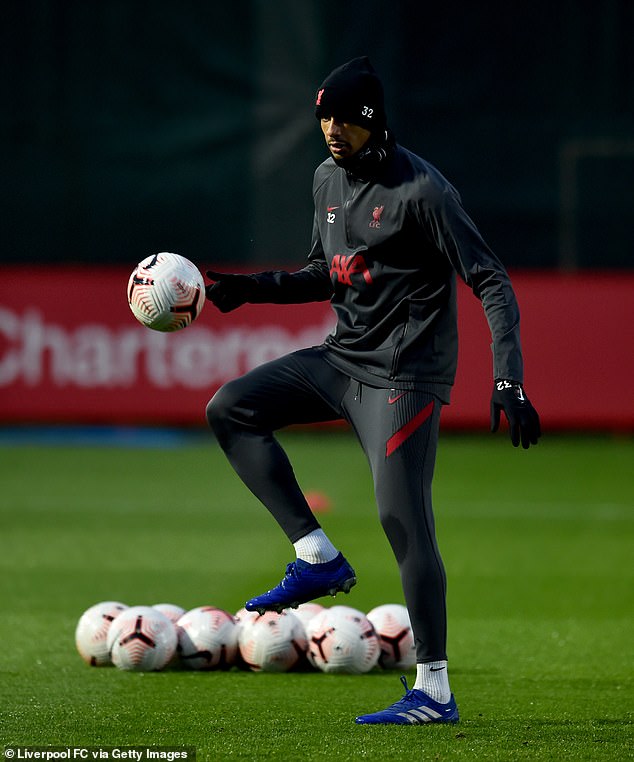 Liverpool have been hit by a succession of injury woes this season, with star centre-back Virgil van Dijk being ruled out for the rest of the season after he was taken out by Everton keeper Jordan Pickford.

Klopp will be relieved by the return of Matip, who was earmarked to replace van Dijk in central defence, while midfielder Fabinho’s hamstring problem looks less serious than first feared and Alex Oxlade-Chamberlain is also closing in on a comeback.

‘Doing well, that’s how it is with the boys,’ he said when asked on their progress.

‘Especially Oxlade, it takes time but looks really good, but takes time – everybody knows that.’ 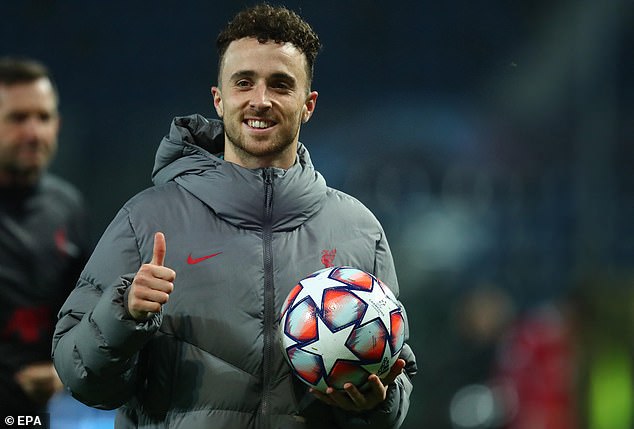 In-form striker Diego Jota picked up a knock in the team’s 5-0 win over Atalanta but Klopp brushed off any worries over his fitness ahead of the trip to the Etihad and he admitted was pleased after Matip, Naby Keita and Kostas Tsimikas returned to full training.

‘They are all in training, so that’s really good,’ he added.

‘Nobody mentioned Diogo to me. Yesterday was second day recovery, he was involved. So that looked fine.’