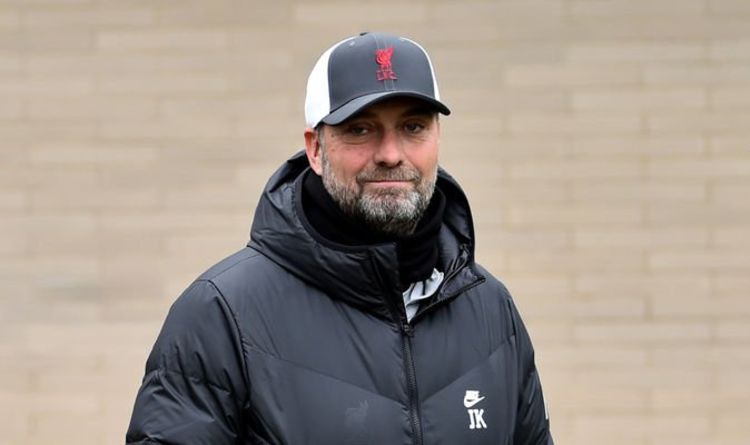 Liverpool head into Saturday’s tie with Arsenal nursing a mammoth injury list, which could include as many as nine stars. That certainly comes as bad timing considering boss Jurgen Klopp will be desperate to bounce back after falling to defeat at West Ham last time out. With a depleted squad at his disposal, Express Sport looks at four Liverpool stars who will need to step up and deliver a big performance at Anfield:

Klopp has made no secret of his hatred for the international break, and starting left-back Andrew Robertson hobbled off towards the closing stages of Scotland’s win over Denmark on Monday.

The 27-year-old has been sent for a scan on what is believed to be a hamstring issue, while his absence will present a chance for Tsimikas to impress.

During his appearances so far this season, which have been few and far between, he has left many wondering why he has not been granted more game time.

Indeed, nudging past Robertson in the pecking order was always going to be difficult, and stepping up so that his absence is not too harshly felt would do Klopp a great service this weekend.

JUST IN: Liverpool have nine injured stars ahead of Arsenal clash as Andy Robertson undergoes scan

It may seem bizarre to call on a player who has contributed 17 goal involvements in 10 games so far this Premier League season to step up.

But after a truly blistering start, Salah may have somewhat taken his foot off the pedal with two goalless league appearances before the international break.

While that is nothing to be ashamed of, a tricky tie against the Gunners would be made so much easier if the Egyptian returned to top form.

After all, Mikel Arteta’s side have kept seven clean sheets in their last 10 games, so it may take some of his trademark magic to breach their defence.

A succession of midfield injuries has left Klopp and Liverpool remarkably thin on the ground.

Thankfully for the German, the middle of the park is perhaps the area in which his squad is best stocked, although Fabinho may represent the key figure to call upon in a much-changed trio on Saturday.

Thiago Alcantara and Alex Oxlade-Chamberlain should be available to flank Fabinho, who will be tasked with maintaining solidity and keeping the ball moving while screening the back-line.

In light of the hamstring injury Roberto Firmino suffered against Atletico Madrid, it may be Jota who gets the nod on Saturday.

The diminutive Portuguese has no problem finding the net, with five already this campaign, and his natural instincts could go some way towards securing a result against the Gunners.

Takumi Minamino aside, Jota may be Klopp’s only realistic option through the middle after Divock Origi was yet another player to come a cropper on international duty.

That setback may have come at the worst possible time for the Belgian after his neat finish against West Ham last time out, but Jota has more than enough talent to step up, and Klopp will keep his fingers crossed that he can fire his team to victory.