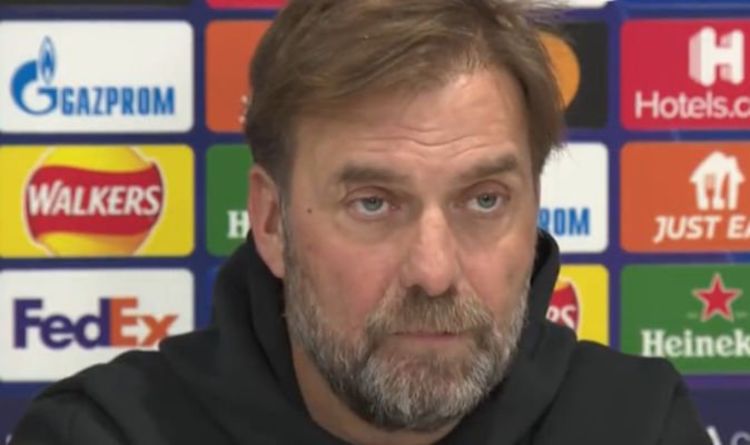 Liverpool manager Jurgen Klopp has expressed his uninterest in the recent going-ons at Manchester United. News coming out of Old Trafford has been hard to miss in recent days following Ole Gunnar Solskjaer’s sacking, but Klopp doesn’t want to discuss to matter.

United dismissed Solskjaer on Sunday after the humiliating 4-1 defeat against Watford at Vicarage Road a day earlier.

It was a culmination of horrendous results throughout the season, including the 5-0 mauling on home turf against Klopp’s Liverpool.

During his press conference ahead of Liverpool’s Champions League clash with Porto on Wednesday, Klopp didn’t appear interested in the recent events at United.

When asked about his thoughts on the expectations of Mauricio Pochettino if he was to replace Solskjaer at the helm, Klopp refused to have his say.

He laughed aloud before responding: “What do I have to do with that? So [do you want] insight on PSG or Manchester United? Sorry, I was not prepared for that question.

Klopp’s decision to steer clear of commenting on Solskjaer’s sacking is somewhat unsurprising, given previous spats with the Norwegian in the media.

“We just have to hope that we get what we deserve. We should have had three penalties in the last two games,” Solskjaer remarked ahead of Aston Villa’s 1-0 win at Old Trafford in September.

“A certain manager last year was starting to worry about us getting penalties last season and after that, it seems like the decisions are more difficult to give.”

Klopp’s men have been sensational in Europe so far this season, winning all four of their Group B games, including two triumphs over Atletico Madrid.

And the Liverpool boss will be hoping his side can continue their good form against Porto.

Klopp’s side are already confirmed as group winners, meaning he has the oppoertunity to rotate ahead of a crucial run of Premier League fixtures.

However, Porto still have plenty to play for and could confirm progression with three points, so the German boss will be wary and will want to continue the club’s current momentum.