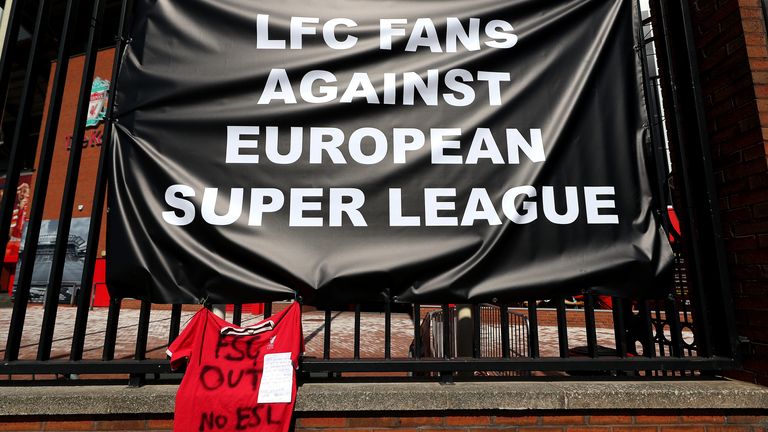 Liverpool have agreed to open discussions with fans following the toxic backlash from their involvement in the controversial European Super League.

The Reds’ owners Fenway Sports Group were among the main drivers of the project which collapsed within 48 hours of plans being launched after outcry from all corners of the game, with fans protesting outside Premier League matches to voice their opposition.

Manager Jurgen Klopp and his first-team players, as one, spoke out against the proposals and principal owner John W Henry accepted full blame for the error and apologised.

Protests at Anfield were not as vociferous as some of those at other ‘Big Six’ grounds last weekend and fans group Spirit of Shankly (SOS) polled its members on what the next step should be.

The vote overwhelmingly (89 per cent) supported SOS being represented at board level and working with the club on a reform agenda and this was communicated to the club by the group.

Liverpool chief executive Billy Hogan responded to that approach within 24 hours “to restore good faith to our engagement process as quickly as possible and underline the seriousness with which we are taking the current situation and the need for positive, meaningful change to occur”.

In the letter, posted by the fans’ group, Hogan said: “It is positive that SOS has opted to re-engage with the club as it will allow the necessary conversations to take place, for views to be aired and, hopefully, for workable solutions to be found in keeping with the best interests of the club.

Liverpool FC’s CEO Billy Hogan’s letter in response to SOS survey and statement. We will be arranging a meeting in the coming days. pic.twitter.com/VcEACkjGEa

“In the spirit of your approach, I will seek to convene an initial meeting as soon as our diaries allow.”

Gordon Taylor, the outgoing chief executive of the Professional Footballers’ Association, has praised the role of players in derailing the breakaway European Super League project.

Liverpool captain Jordan Henderson, team-mate James Milner and Manchester City’s Kevin De Bruyne were among those to voice opposition to plans for the ‘closed-shop’ league involving Liverpool, City, Manchester United, Arsenal, Chelsea and Tottenham and others across Europe. 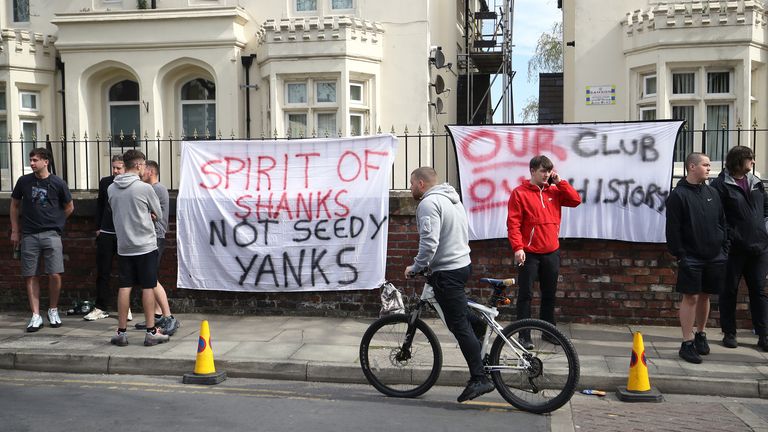 Players from other clubs outside the so-called ‘Big Six’ also played a role, with Leeds notably wearing T-shirts in opposition while warming up for their match against Liverpool a day after the plans were made public.

It was part of a widespread backlash which ultimately saw the English clubs withdraw from the league along with Atletico Madrid, Inter Milan and AC Milan, although Juventus, Barcelona and Real Madrid are yet to follow even as the plans lie in tatters.

“The reaction was good and I think we need to be mindful of that… Above all they have shown how much they care about supporters.

“I felt there was a real feeling of what sport was about, about its uncertainty and about its magic and about the ability to have dreams and achieve them.

“If we lose that we’re really not being respectful to our heritage. I felt it was a great response.” 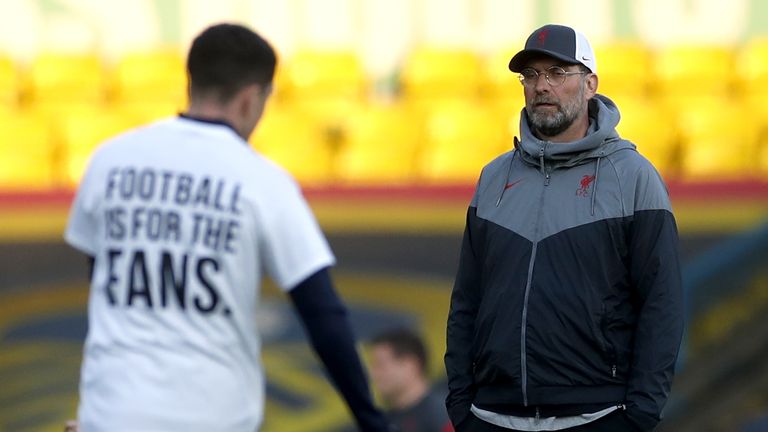 Taylor also criticised the new Champions League format, which will see the competition increase from 32 to 36 teams from the 2024/25 season, with a new-look group stage that will see all teams play at least 10 fixtures.

“They (UEFA) keep going to the well for more and more games and looking at quantity rather than quality,” he added.

“We do need to be mindful of the health and safety of our players because, even though we’ve made massive improvements with regard to medicine and science and sport science, it is still only an average eight-year career because of the intensity of the competition.”