Liverpool may have been without key men Virgil Van Dijk, Trent Alexander-Arnold and Mohamed Salah, but they still swatted aside a Leicester side who previously boasted a 100 per cent record on the road this season, and who were looking to go top.

Instead, it is Jurgen Klopp’s team who joined Tottenham at the summit. What a gem they have signed in Diogo Jota, who became the first player in Liverpool’s history to score in his first four home top-flight appearances.

Klopp told Sky Sports: “It was very [satisfying], because we deserved it 100 per cent and the boys played an incredible game against a top, top opponent. Playing like we did tonight, I don’t take this for granted. 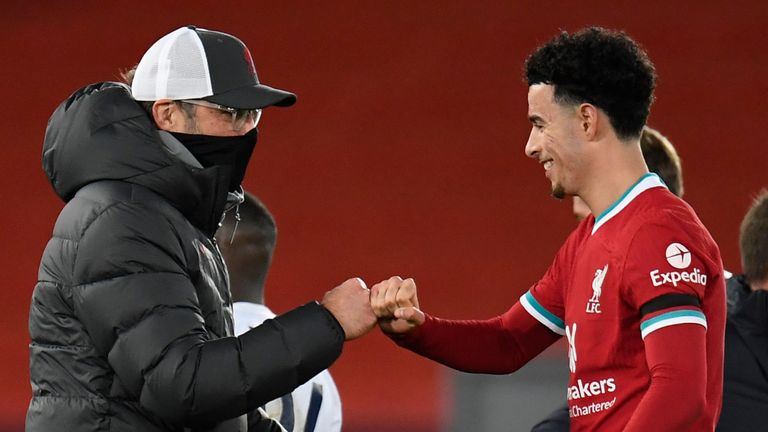 “The boys were on fire – football-wise – played, and played and played. Jamie Vardy was much deeper than even last season, so that made it more tricky, as we had to bring Gini (Wijnaldum) into possession as well. How the whole team defended from the front was incredible. We should’ve scored more goals, and that’s a top sign for a good game.”

​​​​​​​Jota became the first Liverpool player to score in his first four home top-flight league appearances with a neat glancing first-half header to add to Jonny Evans’ opening own goal. 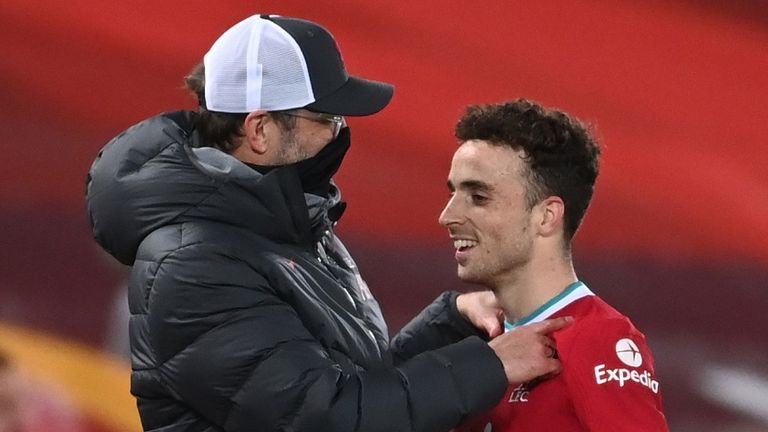 Roberto Firmino added further gloss to the scoreline, after a number of missed chances, with an 87th-minute header as Jurgen Klopp’s side – undefeated in the league at Anfield since April 2017 – eclipsed the great team of the late 1970s and early 1980s, whose own run was coincidentally ended by a Leicester team in 1981.

“We needed Ali [Alisson] once or twice but not very often as we defended well from the front – against a team like Leicester is really special. Mili [Milner] with the ball played really special – he found the spaces.

“What people have said about Bobby [Firmino] in the past is ridiculous, just because there is nothing to talk about! He couldn’t have been closer to scoring a goal tonight before he finally did.

“We were happy for him as he played outstanding.”

Rodgers: We were too passive

With Liverpool’s well-publicised problems Leicester, with a 100 per cent record away from home, and their former Liverpool manager Brendan Rodgers would have fancied their chances of a first win at Anfield in over 20 years.

But Jamie Vardy, the scourge of ‘big six’ teams since 2014, barely had a touch of note never mind the chance to test Fabinho’s newly-healed hamstring or Joel Matip’s lack of pace.

“In the first half, we were too passive in our play and that’s not normally how we’ve been. We weren’t aggressive enough in our defending and when you’re like that it means you’re not so good with the ball either.

“I felt first half when we had it, we were looking too much for the through ball on the counter whenever we had to make passes.

“We still had a really good chance when Harvey (Barnes) came inside, and that’s a big chance at this level.

“It didn’t quite go in for us and JJ went close. Second half was much better and we had to wait to change it. We were then much more aggressive in our game but then again conceded a very soft goal from the set piece.

“In the main we’ve been strong in that area [defending set pieces] so it’s something we’ll have to analyse. For the third goal, we have to be stronger and make it more difficult for him.

“I see the players that we had missing and the players we had gave everything but the cohesion of the team wasn’t quite there. When we lost the home game 4-0 it was very disappointing but this one is very easy to analyse and we’ll move on and see if we can be better when we next play them.” 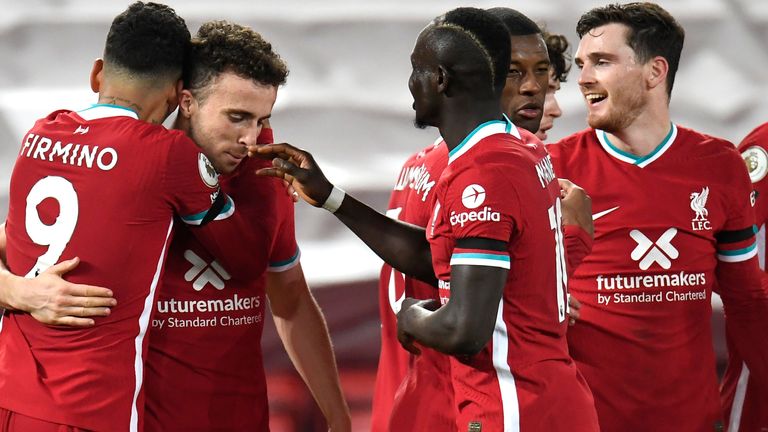 “I think the fact that coming into this game, there was talk of Leicester ending this unbeaten run or Liverpool dropping points.

“Psychologically this feels like a big win. It almost feels like the season starts now. Not just this season, but every season once you get the international football out of the way, teams can get into a real run and gather some real momentum.

“It did feel like a big win, and the fact that Manchester City lost this weekend, who I still feel are Liverpool’s biggest title rivals.”

Leicester travel to Sporting Braga in the Europa League on Thursday (5.55pm) before hosting Fulham in the Premier League on Monday November 30, live on Sky Sports Main Event; kick-off 5.40pm.