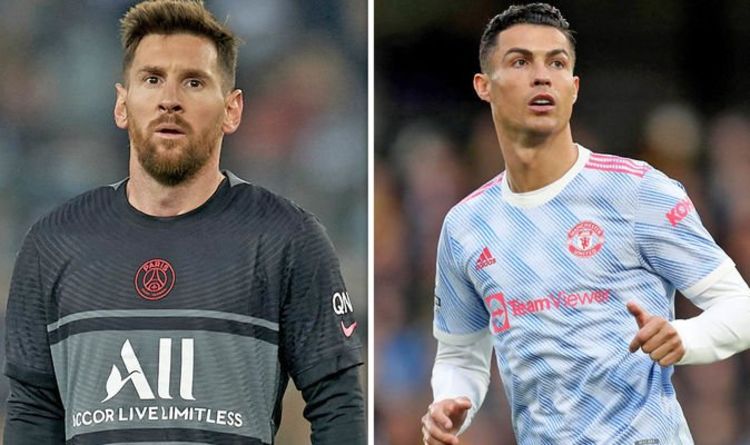 Lionel Messi has praised Manchester United star Cristiano Ronaldo, insisting the Portugal international has been ‘impressive’ this season. The veteran was unable to prevent the sacking of Ole Gunnar Solskjaer this term. But he’s netted nine times ever since his Hollywood homecoming from Juventus.

Messi and Ronaldo have long been rivals.

They regularly went for the game’s biggest prizes during their spells at Barcelona and Real Madrid respectively, while they currently share nine Ballon d’Or awards between them.

These days, however, things are different.

Messi left Barcelona on a free transfer back in the summer, moving to Paris Saint-Germain to play alongside Neymar and Kylian Mbappe.

And Messi has now given his verdict on his foe, praising him for his form at Old Trafford so far.

“Time has passed since we competed in the same league,” he said.

“We not only competed on an individual level but also on a team level for the same aims.

“It was a very beautiful stage for us and for people because they enjoyed it very much. It’s a beautiful memory that will remain in football history.

“United are a very strong team with great players.

“Cristiano already knew the club, but that was at another stage and now he has adapted in an impressive way.

“From the beginning, he has scored goals as always and had no problems adapting.

“In the Premier League, it is not as good as we all thought, but it is a very difficult and even competition in which things take a lot of turns.

“After December it changes a lot and anything can happen.”

Messi also opened up on PSG hitman Kylian Mbappe, too.

The France international has been linked with a move away from the club, with Real Madrid eyeing his signing.

Mbappe will be a free agent at the end of the campaign, four years on from his arrival from Monaco.

And Messi has admitted he wants Mbappe to stay at the club.

“I can only say that I’m happy that he decided to stay this year here,” Messi said.

“He is a very important player for us and to fight for the aims we have.

“His head is 100 per cent focused on our aims. Once the season is over, he will then decide what to do.

“I really don’t know what will happen.”

“He’s been my striker when I first came to Old Trafford and he’s been my coach since I came back to Man United,” he said.

“But most of all, Ole is an outstanding human being. I wish him the best in whatever his life has reserved for him.

“Good luck, my friend! You deserve it!”