Which players excelled in Europe’s top five leagues and major competitions this year? We’ve checked the Sky Sports Power Rankings to rank each of the 4,229 players to have donned a pitch…

The rankings award points for 35 matchday stats and we’ve factored cumulative totals collected in the Premier League, Serie A, La Liga, Bundesliga, Ligue 1, Champions League and Europa League since the turn of the year.

The Power Rankings do not really factor team success, such as winning titles – apart from players receive a small bonus for winning games. As a result, individual stats primarily determine where players stand in the final chart.

Based on this approach, Lionel Messi was Europe’s standout player in 2020 ahead of Robert Lewandowski and Cristiano Ronaldo. The Best FIFA awards ranked the three differently this month – with the Bayern Munich striker top and Messi in third place.

The club’s new hero only just edged former United striker Romelu Lukaku (No 5) after a stellar year at Inter Milan, helping the team finish only one point shy of preventing Juventus from securing a ninth-successive Scudetto last term. 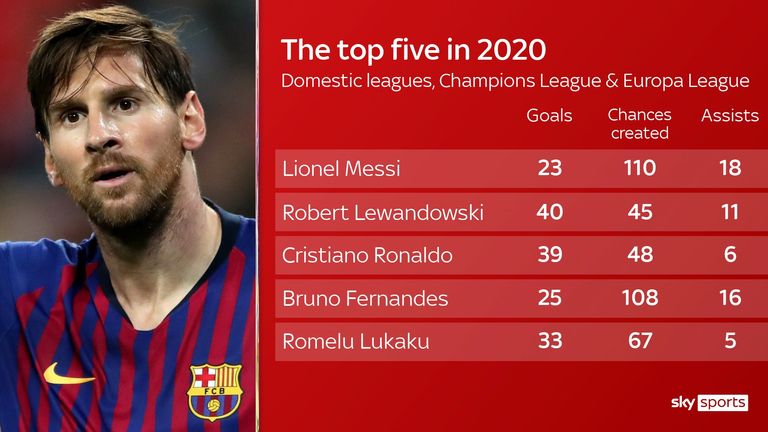 Bayern Munich is the only club to have two representatives in the top 10 with Thomas Muller (No 6) ahead of Liverpool winger Mohamed Salah (No 7) and Borussia Dortmund wonderkid Erling Braut Haaland (No 8).

Real Madrid striker Karim Benzema (No 9) edged Ciro Immobile (No 10) to complete the top 10, despite the fact his total of 22 goals in league and European competitions during the calendar year was nine fewer than the Lazio forward.

Interestingly, Chelsea duo Kai Havertz (No 23) and Timo Werner (No 37) rank highly, despite both struggling since joining the club this summer – boosted primarily by their scintillating form in Germany earlier this year.

Former Arsenal forward Serge Gnabry (No 13) ranked behind Bayern team-mate Joshua Kimmich (No 12) and Manuel Neuer (No 20) was Europe’s top-ranked stopper, while Atalanta trio Alejandro Gomez (No 14), Duvan Zapata (No 18) and Robin Gosens (No 39) underline the club’s recent rise. 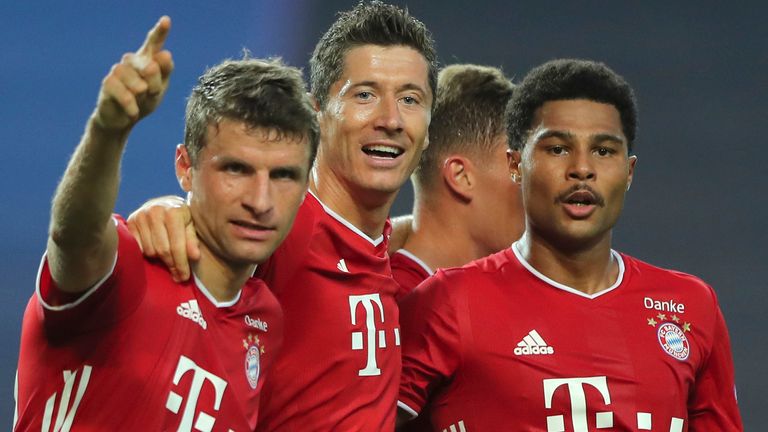 Meanwhile, Southampton free-kick specialist James Ward-Prowse (No 43) and City winger Raheem Sterling (No 49) represented the Premier League among the top 50, followed by Anthony Martial (No 56), Andy Robertson (No 59) and Trent Alexander-Arnold (No 63).

The transfer window in England for the Premier League and Sky Bet EFL will open on January 2 and close on February 1, 2021.

The Bundesliga and Ligue 1 windows will also open on January 2 while La Liga and Serie A will begin their trading on January 4.

As usual, players can be bought and sold across Europe and beyond. Loan deals are also able to be completed during the month-long window.

At the time of writing, there is no indication that there will be another extended domestic transfer window between Premier League and EFL clubs.

In the summer, English sides were still able to do business for a further 11 days after the first deadline on October 5. The second domestic window closed on October 16, although Premier League clubs were only able to buy from EFL clubs and not among themselves.

This saw the likes of Said Benrahma, Joe Rodon and Karlan Grant secure moves from Championship clubs into the top flight.

Keep up to date with all the latest transfer news and rumours in our dedicated Transfer Centre blog on Sky Sports’ digital platforms. You can also catch up with the ins, outs and analysis on Sky Sports News.