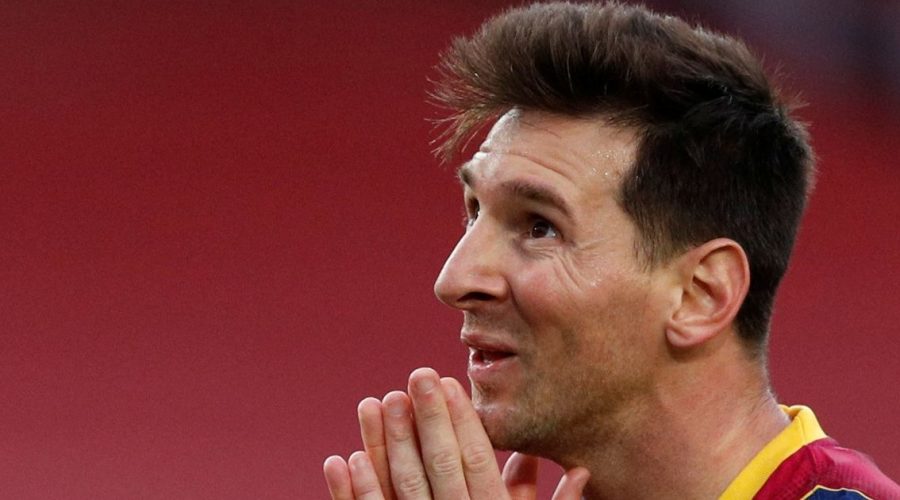 Lionel Messi has now officially become a free agent after his contract with Barcelona expired.

Just 12 months after he attempted to force a move away from the Nou Camp, Messi's deal has come to an end and he is now out of contract.

Talks are said to be ongoing about a new deal but, as of July 1st, he is now available on a free transfer.

Speaking after Barcelona's final home game of the season, manager Ronald Koeman said he was hopeful that Messi would stay.

"He has shown today it is impossible to play without him," Koeman said.

"He is still the best player in the world. He has already scored 30 goals that have earned this team a lot of points.

"It is a question for Leo to answer. As far as I'm concerned, and the team is concerned, we hope he stays because if we're not going to have Leo we will have serious doubts about who is going to score so many goals." Barcelona's president Joan Laporta said in May that "things are going well with Messi", but admitted he "could get a better contract somewhere else".

Laporta said: "We are going to give him a proposal that is within our means and we hope that it will be accepted by the player.

Things are going well with Messi but it's not done yet," added Laporta. "Our relationship is very good, Messi loves Barca – we want him to continue.

"He deserves more and could get a better contract somewhere else but I'm convinced he appreciates the efforts we are making."

Messi is currently on international duty for Argentina in the Copa America, where he recently surpassed Javier Macherano as his nation's most capped player in their 4-1 win over Bolivia.

Messi netted a brace in that game and Argentina have topped their group, meaning they are set for a quarter-final clash with Ecuador.