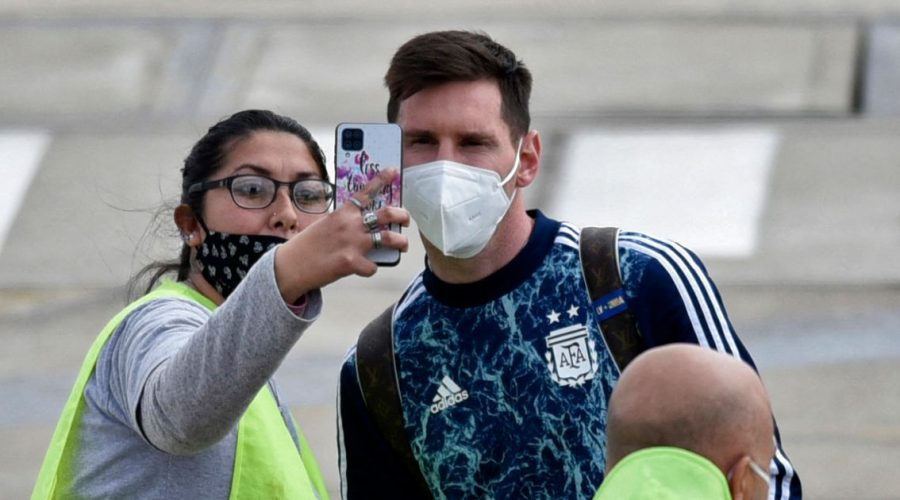 The 34-year-old, who has three sons with childhood sweetheart Antonela Roccuzzo, was said to be returning to Spain for a rest before the new season begins, but declined after a security scare.

Messi, who is set to agree a new deal with Barcelona this week following the expiration of his contract, was set to leave the country – but just hours earlier a man threatened to have a bomb in a suitcase.

An airport statement read: “At 11:50 am, the airport security police (PSA) activated the preventive emergency plan due to a situation of suspicion. The building was evacuated as a precaution."

Despite the matter being swiftly resolved after emergency protocols led to the airport being evacuated, The Sun report that the six-time Ballon d'Or king opted to remain in South America.

Messi posted on Instagram after he fired Argentina to their first major trophy since his debut back in 2005: "It was an incredible Copa America.

"We know that we can still improve a lot of things, but the truth is that the guys gave it everything and I can't be more proud to have the luck of being captain of this spectacular group.

"I want to dedicate this success to my family, who always gave me the strength to move forward, to my friends that I love so much, to all the people who believe in us and most of all to the 45 million Argentines who have endured such a tough time with this virus.

Will Lionel Messi end his career at Barcelona? Give us your prediction in the comments section

"Especially those that have been personally affected. This is for all, and of course also for Diego [Maradona], who surely was supporting us from wherever he is.

"Let's not forget that there is still a long way to go to return to normality and I hope we can take advantage of this happiness to gain a little strength to fight the virus together."

This week, it had been reported that Messi was willing to take a huge pay cut to stay at Barcelona.

That is according to Spanish outlet Marca who report that his £500,000-per-week salary will be slashed in half to help their financial situation.

They add that although a deal has only been reached in 'principle', it is highly unlikely that anything will stop Messi extending his stay in Catalonia beyond 20 years.