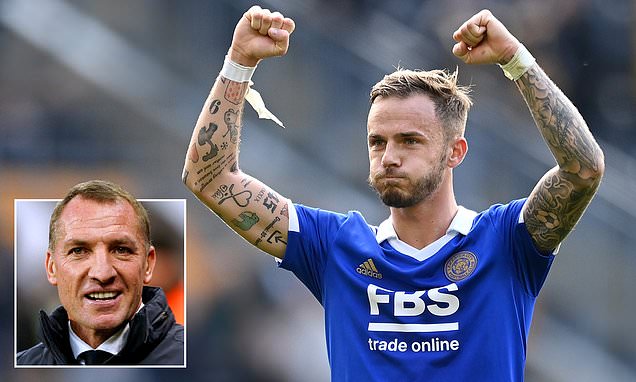 James Maddison is targeting a return to action for struggling Leicester this weekend after recovering from the injury nightmare that has kept him out since the World Cup.

The Foxes playmaker has not played since the 2-0 win at West Ham before the break for Qatar 2022 due to knee problems, and Brendan Rodgers’ men have lost all four league games since the resumption, leaving them only two points above the relegation zone ahead of Saturday’s fixture with Brighton.

But Maddison has trained this week and is expected to be involved at King Power Stadium, in what will be a huge boost for his faltering team. 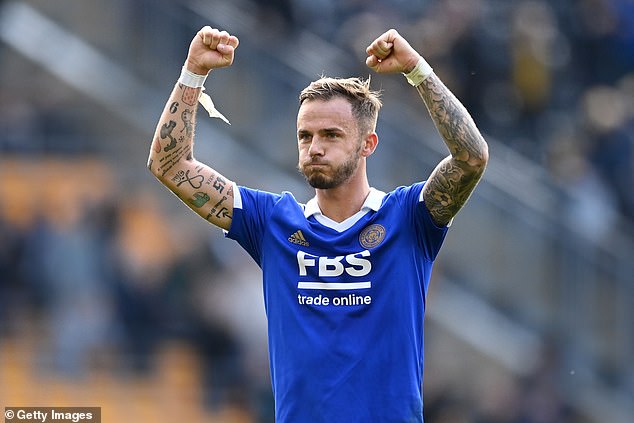 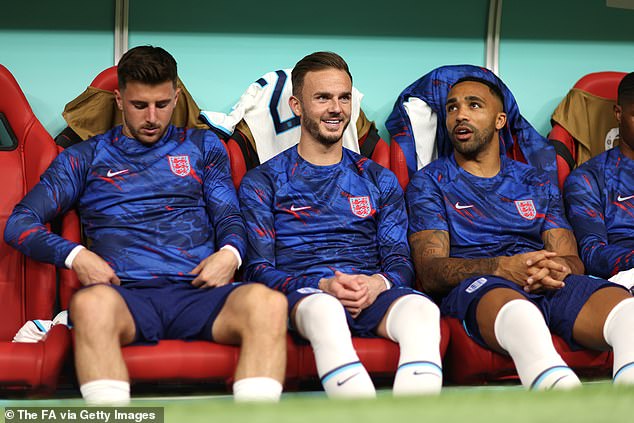 The attacking midfielder, 26, has been out since the World Cup because of knee problems

‘He is doing well and we are hoping he can be involved at the weekend,’ said Rodgers.

‘Hopefully he will be in the squad. We need to manage that game time consciously, it’s a long time since he has played and he has not trained so much.

‘He trained a few days this week and looked so good, full of quality and determination. We are hoping he comes through the last session on Friday OK and then he will be involved. It’s about picking the right moment to put him into the game.’ 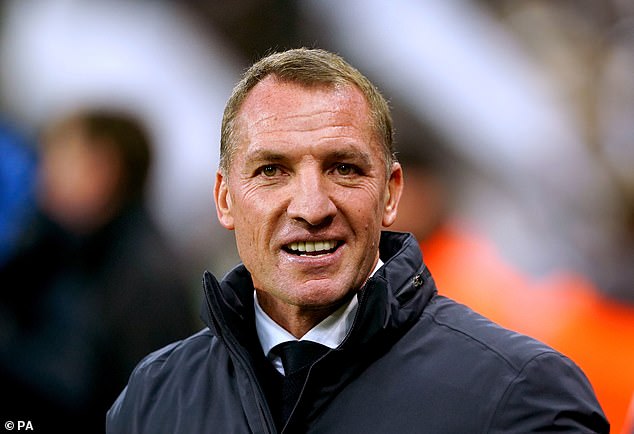 Maddison was in electric form before the break, scoring seven goals and producing four assists in the league alone to inspire Leicester’s pre-World Cup turnaround, after they had made a dreadful start to the season.

In his absence, they have struggled again.

The 26-year-old was the subject of two bids from Newcastle last summer and the Magpies remain interested, especially as Maddison’s contract expires at the end of next season.