Brendan Rodgers has been handed a major injury boost as he prepares to take his Leicester side to former club Liverpool this weekend. Anfield brings back fond memories for the Northern Irishman, after he came so close to guiding the Reds to their first-ever Premier League title in 2013/14.

Now Rodgers finds himself involved in talk surrounding this year’s title race, after Leicester’s fine start to the campaign.

The Foxes have collected 18 points from a possible 24 and have already beaten Manchester City and Arsenal on their way to the summit.

However, Leicester face their toughest test yet against the defending champions, who are trying to navigate an injury crisis.

Liverpool remain unbeaten in the Premier League at Anfield since April 2017, when Christian Benteke scored twice for Crystal Palace in a 2-1 win for the Eagles. 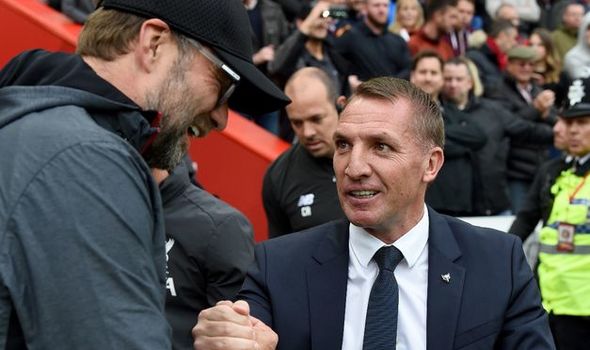 While Leicester will be looking to capitalise on Liverpool’s misfortune to end the impressive streak, Rodgers has also had several high-profile injuries within his squad this season.

The Leicester boss has revealed his satisfaction at several promising updates from his medical staff ahead of the trip to Anfield.

“Ricardo’s [Pereira] in training with the group and he’ll most probably play in a reserve game next week,” Rodgers said.

“Wilf [Ndidi] is out on the field but still has a number of weeks to go. [Caglar] Soyuncu likewise.

“[Timothy] Castagne is back in again which is great news, and Wesley Fofana is fine.”

Castagne’s fine start to life at the King Power Stadium has been halted by a hamstring injury picked up while away on international duty with Belgium.

Meanwhile, Fofana was suffering with a small problem in his knee while away with France Under-21s.

The young centre-back has made the transition from Ligue 1 to the Premier League look easy following his £36.5million move from St-Etienne this summer. 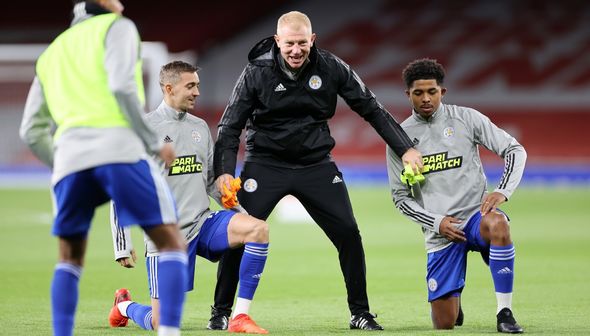 He was particularly impressive in 1-0 wins of Arsenal and Wolves, helping to keep the likes of Pierre-Emerick Aubameyang and Raul Jimenez at bay.

Fofana and his fellow Foxes defence cohort will welcome the news that they will not have to face Mohamed Salah on Merseyside.

The Egyptian is set to miss the clash after returning two positive tests for COVID-19.

Nonetheless, Leicester will still have their work cut out trying to keep Sadio Mane, Diogo Jota and Roberto Firmino quiet.

Liverpool will also be without Trent Alexander-Arnold and Jordan Henderson while Fabinho and Thiago Alcantara will be assessed on Saturday.