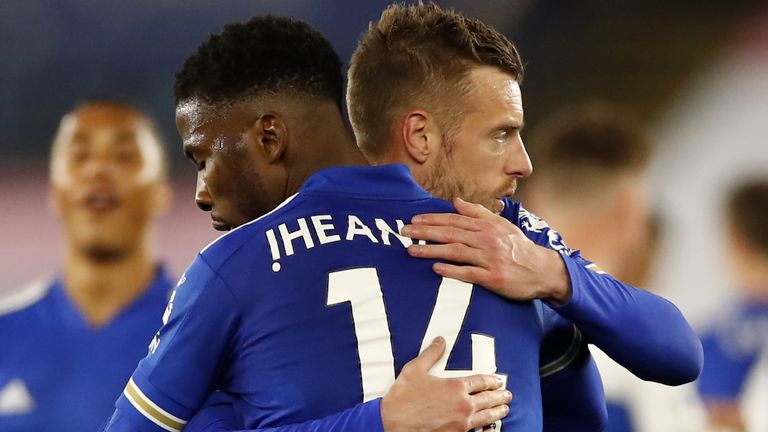 Free highlights and report as Kelechi Iheanacho inspires Leicester with a stunning goal and assist for Timothy Castagne to cancel out Wilfried Zaha’s opener; Foxes move seven points clear of fifth as they consolidate third spot and remain on course for Champions League qualification

Kelechi Iheanacho scored a sensational goal and set up another as Leicester came from behind to boost their Champions League qualification hopes with a 2-1 victory over Crystal Palace.

Wilfried Zaha shocked Leicester when he put Palace ahead inside 12 minutes – his fourth goal in four games at the King Power Stadium.

But Iheanacho sparked the Foxes’ spirited second-half fightback, setting up Timothy Castagne for the equaliser within five minutes of the restart, before emphatically rifling in his 14th goal in 14 games in all competitions to complete the turnaround 10 minutes from time.

Having threatened to leave the door to Champions League qualification ajar for their top-four rivals, the victory sees Leicester consolidate third spot, seven points clear of fifth-placed West Ham, while Palace remain 13th, 11 points clear of the relegation zone but not yet mathematically safe.

Man of the Match: Kelechi Iheanacho 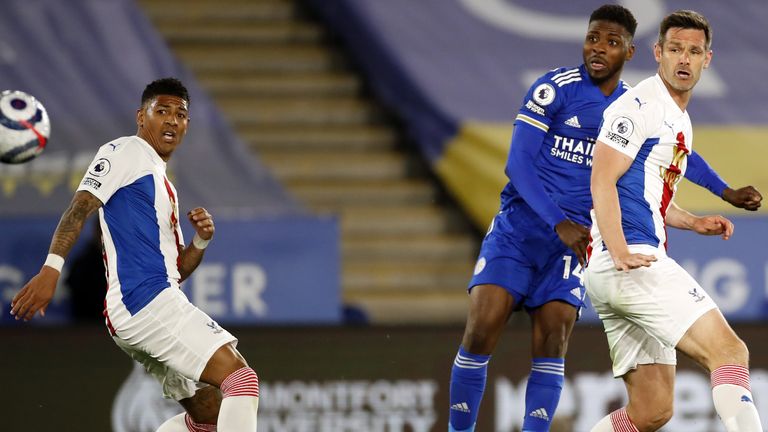 On his 350th senior career appearance, Jamie Vardy twice threatened to mark the occasion with an early Leicester goal, but he was repelled by Palace goalkeeper Vicente Guaita before he lobbed a shot a yard wide of the target.

The Foxes’ bright start was stopped in its tracks by a familiar foe on 12 minutes. After Christian Benteke was adjudged to have legally dispossessed Youri Tielemans, Ebere Eze waltzed through the midfield, released Zaha through on goal and, just as he had on his last four visits to the King Power, the Ivory Coast international found the net.

Zaha’s clinical finish past Kasper Schmeichel took his tally for the season to 10 goals – his joint-highest in a Premier League campaign – and laid the foundation for Palace’s stubborn resistance through to the break, which was typified by Patrick van Aanholt’s block to prevent Wilfred Ndidi driving Leicester back on level terms.

Palace refused to afford Leicester the time and space in the first period, but it took barely five minutes for the hosts to respond after the interval. Iheanacho capitalised on a defensive mistake from Cheikhou Kouyate and rolled the ball into the path of Castagne, who curled his first home Leicester goal into the top corner past Guaita. 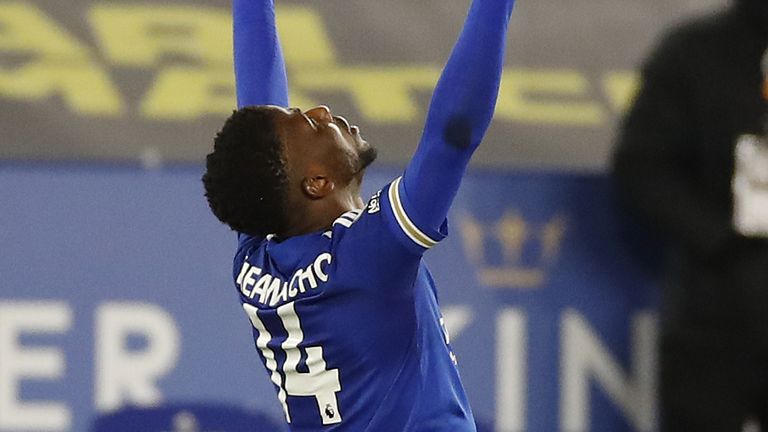 Castagne’s equaliser survived a VAR check for a potential handball by Iheanacho in the build-up, and the Foxes were fortunate to escape without falling behind for a second time five minutes later, when a crucial last-gasp challenge from Jonny Evans prevented Benteke slotting home from Jairo Riedewald’s selfless square pass.

Benteke passed up another opportunity to restore Palace’s lead when he sent a free header from a corner tamely into the arms of Schmeichel, and Leicester made them pay as their relentless pressure eventually told. Iheanacho had set up Vardy for an effort which was ruled out for offside, and another which the Leicester striker flashed across the face of goal, while Tielemans curled a shot wide of the post before the Nigerian capped an inspired performance with the winner.

Iheanacho arced a brilliant run in behind Scott Dann and Van Aanholt, checked inside onto his left foot and unleashed an unstoppable effort into the roof of the net that left Guaita with no chance, handed Leicester a seven-point cushion in the race for the top four and had them dreaming of the Champions League.