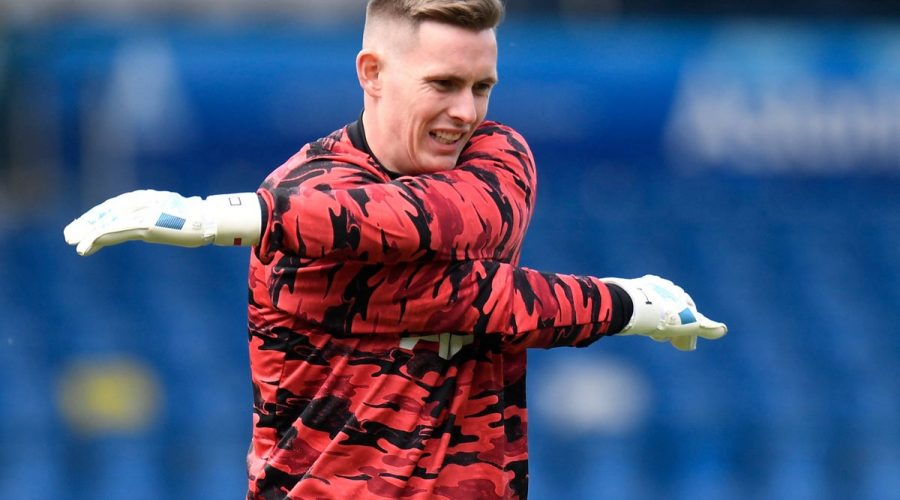 Leeds United host old rivals Manchester United in the Premier League this afternoon – in what is the sides’ first top-flight meeting at Elland Road since 2003. The match takes place amid the fallout from the proposed Super League, with Manchester United fans protesting against the club’s owners for their involvement in the controversial plans outside Old Trafford on Saturday.

Co-owner Joel Glazer has apologised to supporters for their role in the breakaway competition, but that did not stop a group of fans from entering the club’s Carrington training base in an anti-Glazer demonstration earlier this week. Manager Ole Gunnar Solskjaer has insisted his side were “physically and mentally” ready ahead of the match, despite the distractions of the past seven days, in what is the club’s first match since the Super League plans were formally announced on Sunday.

And ahead of the visit to Elland Road, Solskjaer said he has had made sure his team were aware of the significance of the fixture. “We know the history about the Leeds of the old days, Super Leeds, that was the generation before mine. I’ve played in some massive games against Leeds. We had a proper challenge from that team in early 2000s.”

This will be the first Premier League meeting between Leeds and Manchester United at Elland Road since October 2003 where Man Utd won the game 1-0.

Leeds’ last victory over Manchester United in the Premier League was a 1-0 victory at home in September 2002.

The most recent league meeting between the teams ended in a 6-2 win for Manchester United at Old Trafford after Scott McTominay scored two goals in the first three minutes to put Man Utd on the front foot for the rest of the game.

Mason Greenwood isn’t the only one thinking about his playing time this season, Leeds defender Pascal Struijk says he’s happy with his performances and how he’s developing under Marcelo Bielsa. He also touched on Leeds’ 1-1 draw with Liverpool in their previous game and how his team will approach today’s game saying:

“There are loads of things that are happening in these games and as well, learning on the training pitch from everyone next to me and from Marcelo Bielsa, I am trying to take those small details into the game.

“To be honest, I think we deserved a bit more as well [after taking a point off Liverpool last time out], looking at the second half especially we were very good and deserved more.

“Against Manchester United, we need a lot of hard work and good structure.

“The whole team, everyone needs to be at 100% to slow them down and to try and win the game.”

Mason Greenwood on his journey to the Manchester United first team

Mason Greenwood leads the line again for Manchester United today after scoring twice in his previous match against Burnley last Sunday. United had a rare week-long break in between matches and Greenwood took the time to think about his journey to the first team and how influential his teammates have been in his development. He told Premier League Productions:

I’ve come a long way really. I always knew I could take the pressure, take it into the first team. It’s been a good journey and there have been lots of ups and downs.

“But I’m only 19 and I’m ready to carry on fighting for the badge and for United. I had Marcus [Rashford] and Scott [McTominay], Jesse [Lingard], and Paul [Pogba] the likes of them coming up through the Academy.

“It’s them just leaving little footprints behind you that you’ve got to follow, do what they did and take it in your stride really and when you come up to the first team it’s like a family anyway, so you just do what you do.”

Manchester United are hoping to secure second place and maybe have an outside chance at winning the Premier League if Manchester City were to slip up during the run in. United haven’t lost in 12 league games, a run that goes back to January 27th when they lost 2-1 to Sheffield United at Old Trafford. Last time out Mason Greenwood bagged a second half brace and Edinson Cavani scored in the 93rd minute to give the Red Devils a comfortable 3-1 win over Burnley.

Leeds are unbeaten in five Premier League games, with draws against Chelsea and Liverpool and a victory over Manchester City in that run. Last time out Diego Llorente scored an 87th minute equaliser at Elland Road to earn a point against the Premier League champions. If they can add Manchester United to their list with a victory today they’ll jump ahead of Arsenal into ninth.

Marcelo Bielsa names an unchanged starting XI to the side that drew with Liverpool 1-1 last time out. Diego Llorente’s 87th minute equaliser at Elland Road was his first goal for Leeds as he secured a fifth consecutive game without defeat for the Whites.

Manchester United have one change to their starting line up. Dan James comes into the team in place of Paul Pogba who drops to the bench. Pogba made is Manchester United debut against Leeds and if he comes on today he’ll make it 200 appearances for the Red Devils.

Manchester United manager, Ole Gunnar Solskjaer, was asked about the ealrier meeting between the sides where his Manchester United came away with a 6-2 victory at Old Trafford. Solskjaer expects a closer affair today against a strong Leeds side in decent form. He said:

You know, that game, we started unbelievably well – we scored in our first two attacks – and it was never a 6-2 win. We’ve look at it, we’ve analysed it ourselves, and I don’t expect the same scoreline because the difference between the teams was not four goals.

“We were clinical. We scored some fantastic goals. We had some great saves by David [De Gea] at important times. Just before half-time, it could have easily been 4-2, just after half-time they had chances there as well.

“We know we will be stretched physically and mentally in this game. It’s a completely unique game of the season.”

Marcelo Bielsa says that Raphinha is struggling to recover from a thigh injury in time for Leeds’ clash with Manchester United later today. Rodrigo also remains out with a muscle problem and captain Liam Cooper misses out due to a three-game suspension.

Marcus Rashford hasn’t trained with Man Utd this week as he recovers from a foot injury but he could still feature today if needed. Eric Bailly is also in contention to play after recovering from Covid-19.