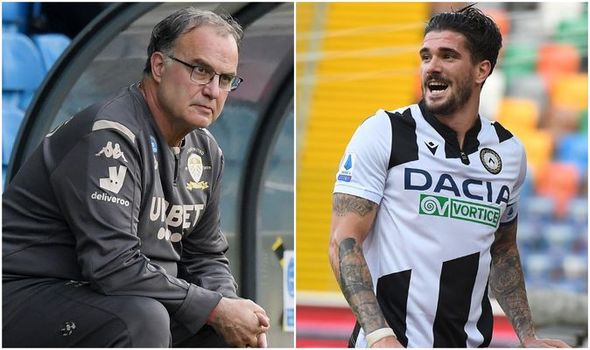 Leeds United have been busy this summer, breaking their transfer record to sign Rodrigo from Valencia and investing heavily in German defender Robin Koch from Freiburg.

The Whites have also completed permanent moves for Illan Meslier and Douglas Costa, who were both on loan at the club last season as they won the Championship title.

They’ve also added young talents including Sam Greenwood, Cody Drameh and Joe Gelhardt as they prepare for their first season in the Premier League since 2003/04 – but they’re not finished just yet.

JUST IN: Man Utd make ‘breakthrough’ in deal to sign Jadon Sancho after getting over big obstacle

Marcelo Bielsa is still keen to strengthen further as Leeds look to make a real splash in their first campaign back in the top flight for 16 years.

Express Sport brings you the latest from around Europe as Leeds attempt to close in on a number of targets at both ends of the pitch, with just days to go until their top-flight opener against Premier League champions Liverpool. 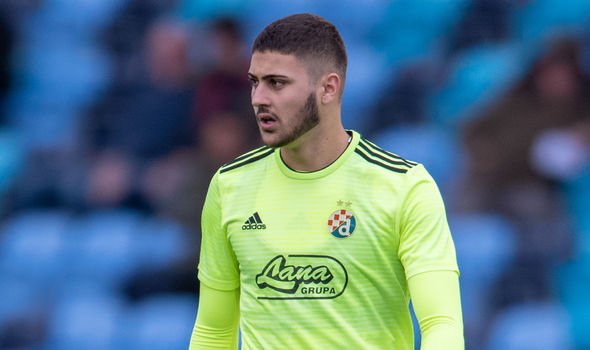 Leeds look set to have a free run at Josko Gvardiol, with reports claiming their main rivals for the Croatian defender have dropped out of the running.

According to Gianluca Di Marzio (via Leeds Live), RB Leipzig have been put off by Dinamo Zagreb’s demands for the centre-back.

While the Croatian champions have demanded £22.7million for Gvardiol, Leeds are believed to be much closer than Leipzig to meeting the demands after offering a £19.9m fee plus 20% of any future sale.

Gvardiol, who made his Dinamo debut last season, is a Croatia under-21 international and has played for his club in qualifying for this season’s Champions League.

Dutch under-19 winger Crysencio Summerville is on the verge of a move to Leeds United, with The Athletic’s Phil Hay suggesting a deal “should happen”.

Hay was responding to a question on Twitter, following reports from the Netherlands that Leeds were in for the teenager.

Summerville has yet to make his senior debut for Feyenoord, but spent last season on loan at ADO Den Haag in the Eredivisie and scored twice in 21 top-flight appearances.

During that spell, he was managed by former Newcastle United and Crystal Palace boss Alan Pardew.

The winger, who also registered three assists during the league campaign, has scored six goals in five games for his country’s under-19 squad.

He also netted for Feyenoord against Sparta Rotterdam in a pre-season friendly over the summer, but is reportedly keen to move after failing to get reassurances of first-team football.

Leeds United continue to pursue a move for Rodrigo de Paul, with the Argentine playmaker linked with a switch from Serie A side Udinese.

De Paul has played nearly 150 games for the Italian outfit, scoring seven league goals last season and 24 in total, but has attracted interest from the Premier League. 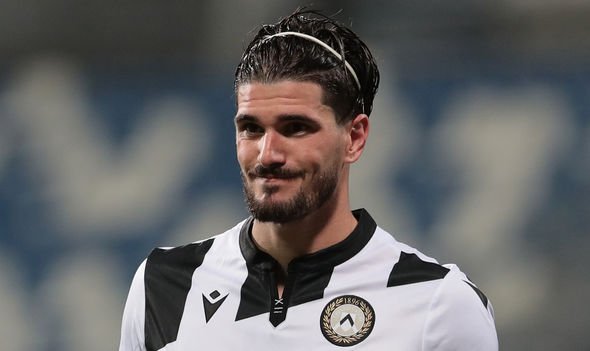 And former Leeds goalkeeper Paul Robinson has spoken with enthusiasm about the deal, both in terms of the player himself and what his signing would mean for the club.

“Rodrigo De Paul can play across all of the midfield positions but he’s capable of unlocking doors like [Pablo] Hernandez,” Robinson told MOT Leeds News, acknowledging Hernandez is “obviously not going to be able to go on forever”.

“[De Paul is] a clever player, he can see a pass going forward and it just shows you the level the club are at that they’re going for players like this,” continued the pundit, who played for Leeds the last time they were in the Premier League.

If Leeds are successful in securing a deal for the Argentine, it could take their summer spending above £75m following the additions of Rodrigo, Koch, Meslier and others.