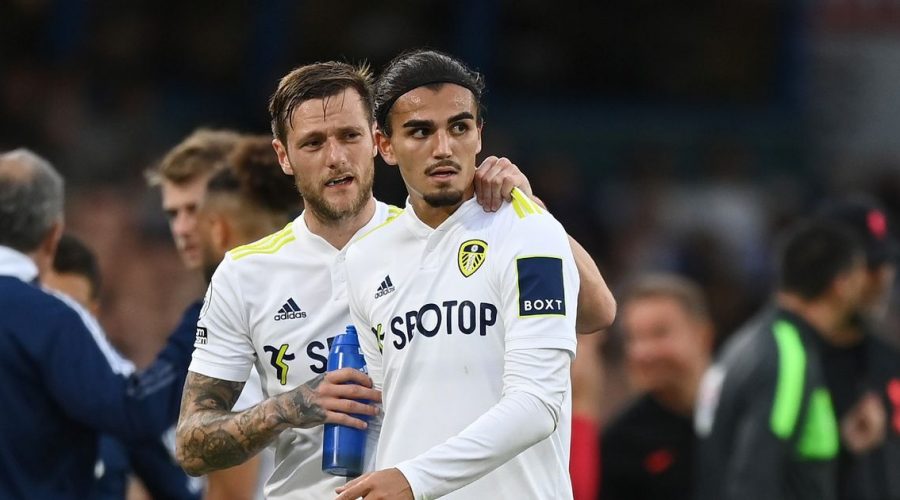 Leeds have lost their appeal to rescind the red card that was shown to Pascal Struijk following his tackle on Liverpool midfielder Harvey Elliot that left the youngster with a dislocated ankle.

The 22-year-old made the recovery challenge on the 18-year-old with the home side chasing the game having gone 2-0 down thanks to Mohamed Salah and Fabinho.

Although it was a genuine attempt to win the ball, the former Netherlands youth international was dismissed by referee Craig Pawson for the dangerous nature of his slide.

Despite that, Leeds made an effort to have his three-match ban rescinded with an appeal to the Premier League, but that has been unsuccessful.

Leeds said on Wednesday: "We can confirm that our appeal against Pascal Struijk’s red card has been unsuccessful.

"We will make no further comment at this time."

Were Leeds right to appeal the red card? Give us your thoughts in the comments section

While Jurgen Klopp and his players were left heart-broken by the injury suffered by the prospect, Elliott himself is feeling positive about his recovery.

The Liverpool midfielder said: "I'm of course absolutely devastated with what happened yesterday at Leeds, but have been totally overwhelmed by the love and support shown to me by the entire football world following the injury.

“Thank you so much to everyone who has reached out or sent messages to me and my family, it means so much to us.

“Also a massive thanks to everyone inside Elland Road for the reception you gave me immediately after it happened.”

After Klopp had said: “First and foremost, it’s one of the few Instagram posts I love because if he sends that already then it shows he has not that much pain anymore, that’s great news.

"Apart from that, there is not a lot of good things to say about it."