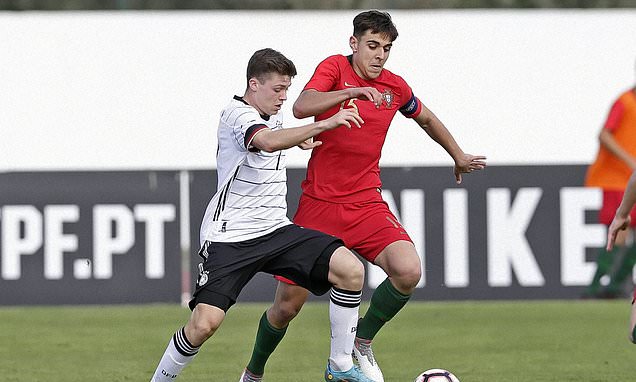 He turns 18 next week, but made his pro debut at the age of 16 back in 2021, making him one of the youngest defenders to appear in the Swiss Super League. 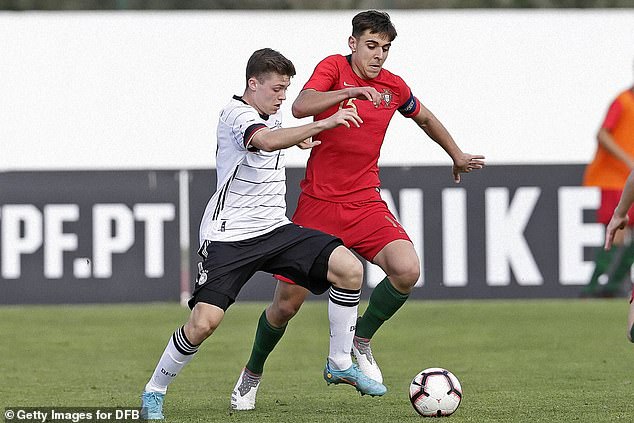 Diogo Monteiro is a key player for Portugal at the U17 level, and debuted as a pro in 2021

The teenager was born in Geneva, and has four goals as a youth international.

The 18-year-old has made 18 appearances, including five starts, for the Championship side this season, registering a goal and assist apiece.

Leeds are set to introduce their club-record £35m signing Georginio Rutter to the fans ahead of their FA Cup clash with Cardiff City on Wednesday night.

The forward has joined from Hoffenheim, where he had two goals and two assists in the Bundesliga this season. 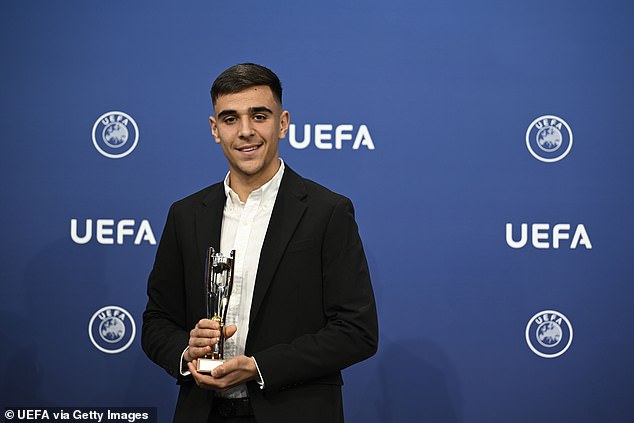 Monteiro poses with the UEFA Respect and Fair Play trophy for 2021/22 in Nyon, Switzerland