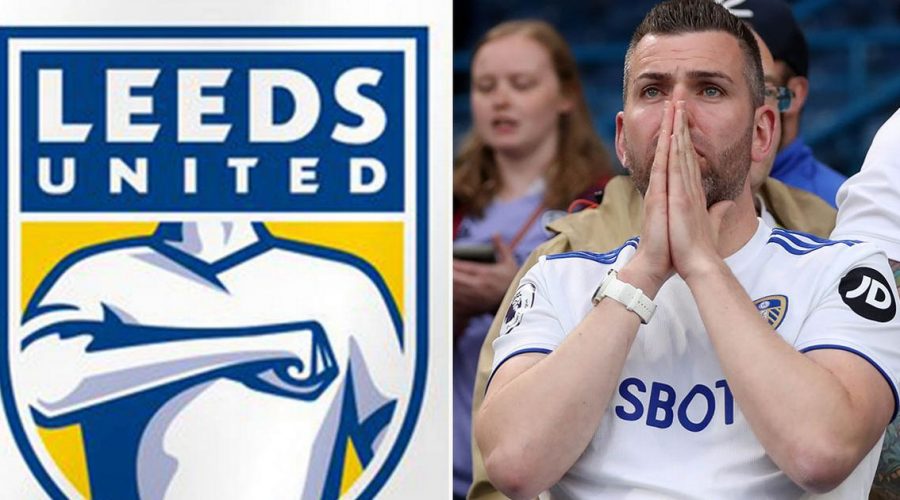 Leeds United fans are 'still getting shivers' from the disastrous new club crest that was unveiled five years ago before being scrapped following an uproar.

The club announced the new badge on social media in January of 2018 and said they consulted 10,000 people across six months of research – and hinted that would be in place for a century.

The backlash was immediate with Leeds fans signing a petition in their thousands to get their old badge back which had been in place since 2002. Five years on, one fan wrote: "Still sends shivers down my spine to this day."

A second said: "The only time I questioned my choice of clubs…"

A third agreed: "Worst day in our clubs history and that’s saying something." With a rival fan saying: "Probably my favourite ever day as a football fan."

Which Premier League side have the worst current badge? Tell us in the comments section below.

In an official announcement that came after the fury, the club wrote: "Following on from last week’s commitment to extend consultation with our supporters on the proposed crest change, we are pleased to announce further details.

"We would like to thank our loyal fan base for the overwhelming engagement on the future of the club crest.

"Using your ideas as inspiration, a small shortlist of refined designs will be chosen by fan panels and then go to a democratic vote amongst all our Season Ticket Holders and Members."

One fan joked at the time: "I still can't take to this badge…never will…unless we win the league with it. Then I may."

The Leeds badge was changed slightly the following year, with a special centenary design which replaced LUFC with LEEDS UNITED – as well as added their foundation year of 1919.