Following the latest weekend of League Two action, Sportsmail’s TOM FARMERY takes a closer look at the action and presents the things we learned.

After being linked with a move to Bournemouth in January, it’d be no surprise if more sides start having a second look if Szmodics can keep improving.

He’s been a key part of a Colchester side who have defied expectations. Szmodics scored the only goal in the 1-0 win over Swindon, his second in three games. 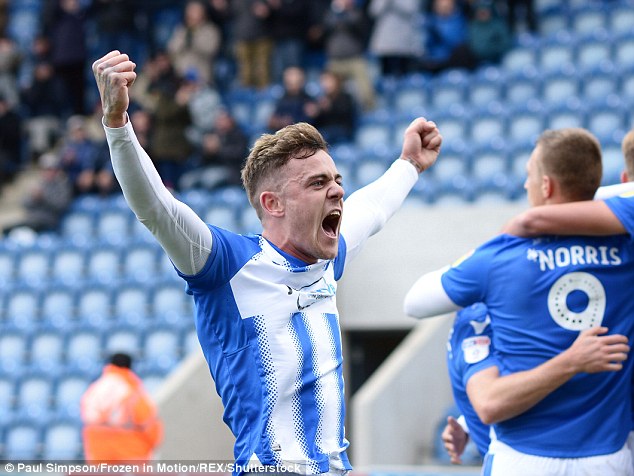 You could just put Exeter’s last two straight defeats down to a blip, but the way they have lost is worrying. Forest Green had an easy time a week ago, winning 2-1, with Exeter getting a late consolation.

Taylor’s side collapsed at Tranmere on Saturday. Whatever plan Taylor had to shackle James Norwood failed, as he scored twice before Exeter had Dean Moxey sent off. They are down to fifth.

GOAL OF THE WEEK – Danny Grainger (for Carlisle v Newport)

A sensational way to win a match at the death. Newport had leveled after 87 minutes before Grainger, 32, struck with a thunderbolt in stoppage time that flew through a crowd of players for 3-2.

QUOTE OF THE WEEK – Danny Cowley

‘He’s taken a lot of criticism this week, but he was brilliant — unplayable,’ said the Lincoln manager of John Akinde’s performance that produced a goal in a 2-1 win over Forest Green.

STAT OF THE WEEK

35: No side in England’s top four tiers have conceded more goals than Macclesfield. Bury’s 4-1 thrashing of them took their dreadful tally for the season so far to 35 after 17 games, giving them a goal difference thus far of a doomed-looking -21. 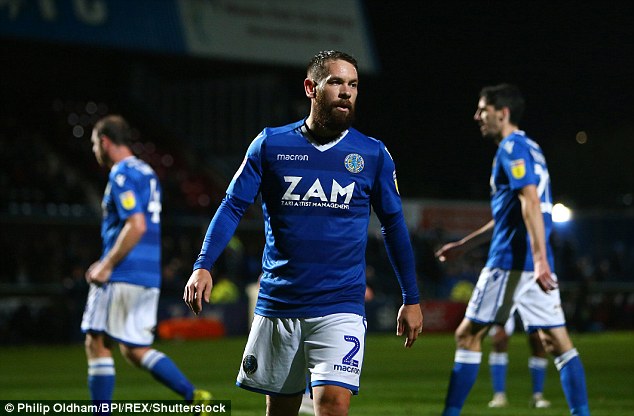