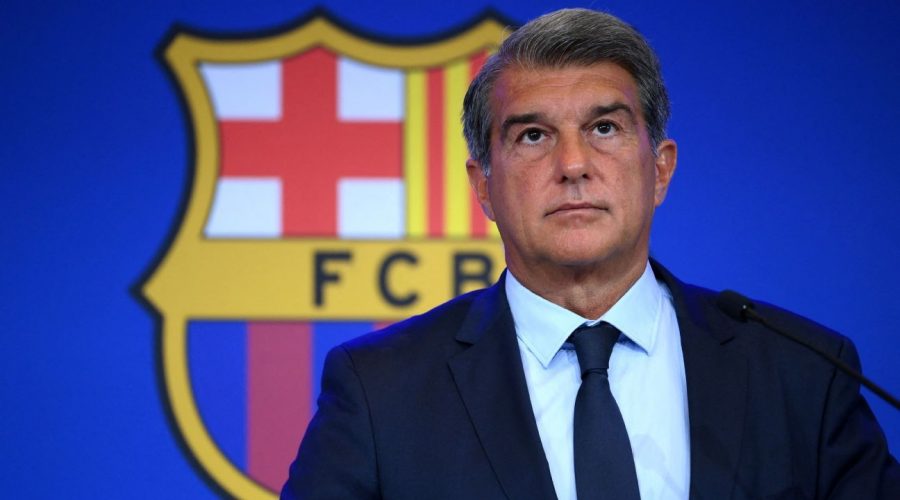 Laporta — who took over at Barca in March after winning elections which followed Bartomeu’s resignation in October 2020 — has had to deal with a series of off-the-pitch crises as the club has struggled with financial problems worsened by the coronavirus pandemic.

“Bartomeu was plugging holes in the short term and mortgaging the club in the long term. That leaves us a dramatic inheritance.

Lionel Messi joined Paris Saint-Germain last week in a move Laporta described as “sad, but necessary,” after Barca were unable to register a new contract for the forward within the club’s strict LaLiga imposed salary cap.

Only Gerard Pique’s acceptance of a last-minute pay cut allowed Barca to field new signings Memphis Depay and Eric Garcia in the league this weekend.

“We’re happy we resolved it with Pique and we’re hugely grateful,” Laporta said. “Some players are more than just players. Pique is a club man who loves Barca above all. He’s seen that we’re in a difficult situation and he’s done something that deserves praise.”

“The negotiations are going well and they’re behaving extraordinarily,” Laporta said on Monday.

“I understand the players, they’ve already had a wage cut and now they’re being asked to make another effort, no-one likes that. … We’re trying to sort out the captains first, and then the rest of the squad.”

Laporta laid the blame for Barcelona’s wage bill — which he said had reached an unsustainable 103% of the club’s income — at the previous board of directors, led by Bartomeu.

“It isn’t true that the salaries rose to be able to compete with the ‘state clubs’ [referring to PSG and Manchester City] and the Premier League,” he said.

“They spent the €220m from the Neymar deal disproportionately and at light speed. That is when the salaries shot up. We’ll have to change the model and invest in [Barcelona’s academy] La Masia, making more proportionate investments with more sporting logic.”

Last week, Bartomeu wrote an open letter — published by Spanish news agency EFE — in which he defended his administration and criticised Laporta’s running of the club.

“I have read [the letter] carefully and it is full of lies,” Laporta said. “It is an effort to justify unjustifiable management. It is an exercise in desperation, that looks to take advantage of a moment of unrest among Barcelona fans.

“They say they are not responsible for the 2019-20 accounts, but they are responsible until March 17, 2021. The numbers are [Bartomeu’s] board’s responsibility. Nobody will escape from that.”

Barcelona have commissioned a “due diligence” audit to assess the club’s financial condition and management, which Laporta said was due to be completed next month.

“The due diligence process will be laid out in September and then we’ll establish where responsibility lies,” he said.

“Some issues like ‘Barcagate’ are already being looked at by the courts. … It is too soon to say. First we have to ascertain what liabilities there are. I can’t say if we will take legal action.”