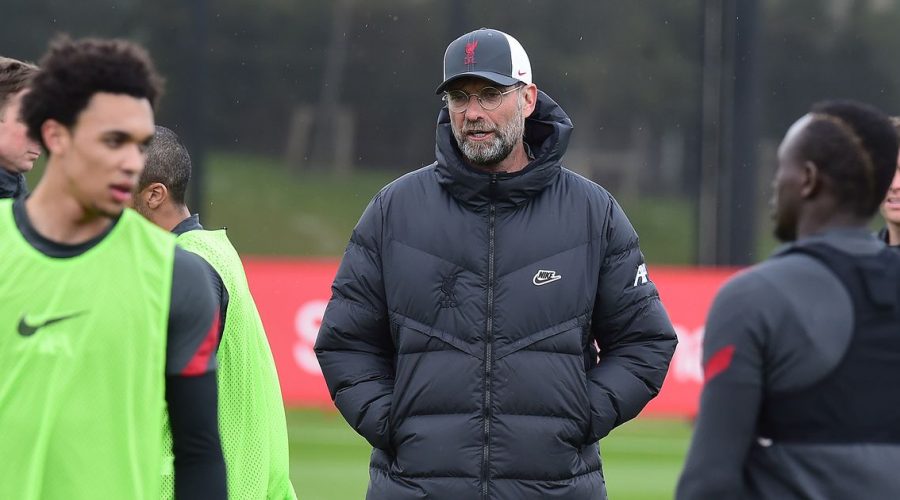 Jurgen Klopp's focus this week has been on getting his attackers firing again ahead of Liverpool's trip to Old Trafford.

The Reds will take on Manchester United as Klopp eyes a first win at the home of their rivals.

His side are still in the hunt for the top four but their front line could end up costing them as they struggle to find the back of the net.

Liverpool have dropped points late on against Leeds and Newcastle recently despite dominating for long periods.

Sadio Mane ended a long goal drought at Elland Road whilst Roberto Firmino has been anything but prolific.

And Klopp knows his attack will be vital to securing Champions League football next season so has placed a particular focus on that.

“Last week (against Leeds and Newcastle) we had 36 chances and scored twice, that is obviously not a number you want,” he said.

“There are two things: we don’t score often enough but we create a decent number and that’s what we have to keep doing.

“We tried to help the boys, we showed them situations like this. Not shouting at them ‘How can you not score in this situation?’, just giving them different options in the moment, helping them with the right information.

“After the (Newcastle) game I was not in a good mood – no-one should have been. The next day it was slightly better but not much.

“Two days later I was completely fine and I watched five or six games of us in two days to try to understand things better.

“You just have to bring yourself again in these decisive situations and when you are there you try to make the right decision and that is what we are working on with a lot of things in training and talks as well, some video sessions.

“It was a busy week but no problem as I have nothing else to do, so we try to use the time.”