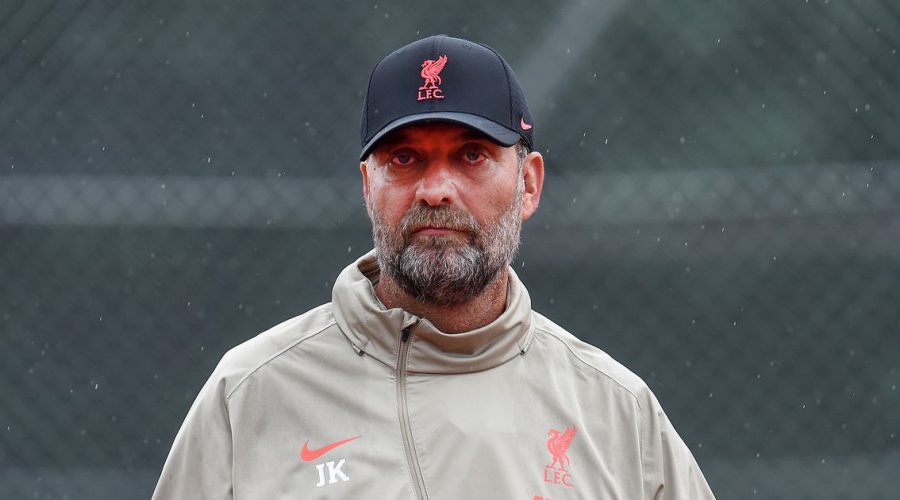 The Reds achieved world dominance in 2019 after winning the Champions League against Tottenham and later on the year clinching the Club World Cup by beating Flamengo.

Those two years will live long in the memory for Liverpool supporters and Klopp has cemented his status as one of the club’s best-ever.

But things were not always made to look so easy for the German boss. He took over from Brendan Rodgers in October 2015 with the club down in 10th position after a poor start to the season. It was a monumental task for Klopp to overhaul their underachieving squad and with club legends such as Steven Gerrard and Jamie Carragher both retiring, they would have to find new heroes to lead the club going forward.

Signings such as Virgil van Dijk and Alisson Becker would prove pivotal later on, but in the early days of Klopp’s reign his first 10 arrivals defined his early months as Liverpool boss. Klopp had time to plan for his first signing as the transfer window was shut in October. But Grujic, who was 19 at the time, from Red Star Belgrade was more likely a signing made through the club’s scouting network.

Unfortunately, the towering midfielder failed to gain a spot in Liverpool’s first-team squad and spent the majority of his time out on loan, rejoining Red Star before heading to Cardiff, Hertha Berlin and Porto.

Now 25, Grujic left the club earlier this week to link up with Porto in a £10.5million deal, representing a small profit for the Reds to invest elsewhere. A disaster. Quite what Klopp saw in Caulker on the pitch during their 6-1 dismantling of Southampton just a month before is anyone’s guess, but this move is one he would like to forget.

It marked perhaps the peak of Caulker’s career. Bizarrely, in his three appearances for the club, he was used late on as a target man up top when Liverpool needed a goal.

The 29-year-old is enjoying a good spell in Turkey, however, after impressing at Alanyaspor and in June penned a deal to join Fenerbahce.

Klopp had tracked Mane when he was Borussia Dortmund boss and actually turned down the opportunity to sign the Senegalese after spotting his rise at Red Bull Salzburg. At Liverpool, he would rectify his mistake.

Since arriving for a then-club record fee, Mane has played an integral role in the Reds’ success. The winger has scored 97 goals in 218 appearances and enjoyed his most fruitful campaign in 2018-19, bagging 26 goals in all competitions.

Along with Mohamed Salah and Roberto Firmino, Mane has wreaked havoc for opposition defences for the best part of three years.

At 29, there are signs of decline but he remains an important player for Klopp — and considering what Liverpool have got from the £34m they invested, it now seems like a bargain. Klopp raided his former club to sign budding goalkeeper Karius, who had been tracked by a number of clubs after some stellar displays in the Bundesliga.

Karius was brought in to provide competition for Simon Mignolet after the Belgian had been guilty of making some costly errors in goal. But after taking the number one spot, it was the German who suffered the ignominy of making a mistake at the worst possible time.

During the 2017-18 Champions League final, Karius rolled the ball out of his goal straight to Karim Benzema, who bundled it home. Later on in the same game, he spilled Gareth Bale’s long-range effort into his own goal.

That performance had a disastrous effect on Karius’ confidence and not long after, Liverpool signed Alisson. After loans at Besiktas and Union Berlin, he is expected to leave the club permanently this summer. A look at Matip’s injury record suggested why clubs were hesitant to take the gamble of snapping up the defender on a free transfer. But Klopp felt it was worth the risk.

In truth, the German has been vindicated in his decision. Matip has been a solid operator at the back, providing a composed presence on the ball and he is also a tough nut to crack when defending.

But those injury problems have never been far away for the Cameroonian, who has only featured in 25 games across the last two seasons for Liverpool.

Now 29, Matip faces a battle for a place in the starting XI after Klopp brought in Ibrahima Konate and with Van Dijk and Joe Gomez returning to action, one of their longest-serving players could find himself out in the cold.

Klopp continued his summer raid on the German transfer market by picking up Klavan, who was viewed as a squad player more than anything else.

The experienced Estonian made 53 appearances across his two seasons at Anfield before he opted for a new challenge elsewhere, signing for Italian outfit Cagliari in 2018.

Now 35, he has returned to his native land to join Paide Linameeskond in the Meistriliga, Estonia’s top-flight. Much like Mane, Wijnaldum has played a pivotal role in Liverpool’s recent success over the past five years.

On reflection, the £25m paid to snare him from Newcastle was a steal. The midfielder had just about everything in his locker: accurate passing, intelligent movement and terrific stamina.

He truly bought into Klopp’s ethos and formed part of the team’s midfield three with Jordan Henderson and James Milner.

But contract issues can affect even the most loyal players and after failing to come to an agreement on a new deal, Wijnaldum signed for Paris Saint-Germain on a free transfer.

With 237 appearances, 22 goals and four trophies in his box of Liverpool memories, he will go down as one of Klopp’s best signings.

Where would Liverpool be now without their ‘Egyptian King’? The capture of Salah, considering the value for money and what he has achieved since, should rank highly in the Premier League ’s all-time imports list.

Having struggled at Chelsea in his first spell in England, Salah reinvented himself in Italy with Fiorentina and Roma. Liverpool saw something in the winger to suggest he could be a star and with 32 Premier League goals in his debut campaign, they were quickly proven correct.

Salah’s quality rubbed off on his team-mates too and he formed that deadly triumvirate with Firmino and Mane to strike fear into the teams they faced. With 50 goals in 65 games, he is the fastest player to reach the half-century.

His electric pace and clinical finishing puts him firmly in the top 10 players in Europe. Even at 29, there are no real signs of his powers diminishing and he will be looking to fire Liverpool back to the Premier League summit in 2021-22. It was widely regarded as a fine deal for Liverpool when they snatched highly-rated striker Solanke from rivals Chelsea, with a fee being decided by a tribunal.

But the striker never fully got going at Anfield, struggling for game time and when he was handed an opportunity, failed to take it with both hands.

The Reds made a handsome profit on the one-time England international when selling him to Bournemouth for £19m.

Solanke, now playing in the Championship with the Cherries, will be desperate to return to the top flight in the near future. Not many people saw this deal coming when Klopp identified Robertson as his new left-back amid Alberto Moreno’s struggle to settle in England.

He was a decent performer at Hull City but had done nothing to grab the attention of the big clubs.

But Liverpool’s recruitment team had been observing him and opted to make their move when Hull were relegated. As it turned out, it was a stroke of genius.

With an endless supply of energy and a typical aggressive style of play that comes from working through Hamilton’s academy, Robertson has grown to become one of the world’s finest left-backs.

Incredibly, in Liverpool’s title-winning season he registered 12 assists — a record for a defender in a single Premier League campaign — and his creative influence from the left holds a key role in Klopp’s 4-3-3 formation.