Liverpool need to summon a miraculous comeback to stay in Europe after Lionel Messi played like a man on mission to win the Champions League.

Messi scored twice – the second being a 30-yard free-kick – as Barcelona built up a 3-0 first leg lead that makes them odds on favourites to reach the final on June 1.

Jurgen Klopp, Liverpool’s manager, looked despondent as he faced the media afterwards and accepted the difficulties his side face. 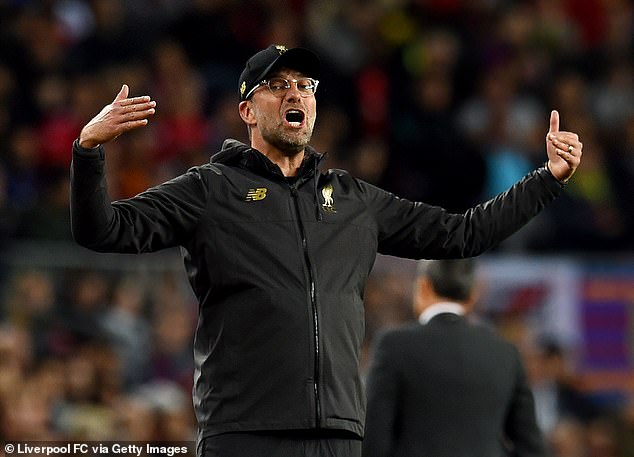 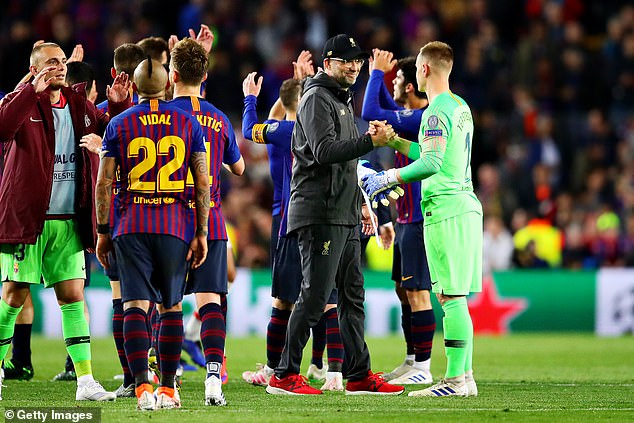 Klopp was not prepared to submit completely and hopes the power of Anfield will be a huge factor next Tuesday. But there is no question that the final 20 minutes, when Messi scored his goals and Mo Salah hit the post from six yards, could ultimately prove to be decisive.

‘I’m not sure that we deserved a lot,’ said Klopp, who saw Luis Suarez give Barcelona the lead in the 26th minute.

‘They scored three, we didn’t and you have to accept it. As a manager, it is always very important how we played. It is the best we have played in the Champions League.

‘This kind of football, we played between the lines, we were in their box and we caused them a lot of problems. If you lose away it can happen. The problem is we didn’t score. My boys gave a lot of respect for how they played and how they developed. 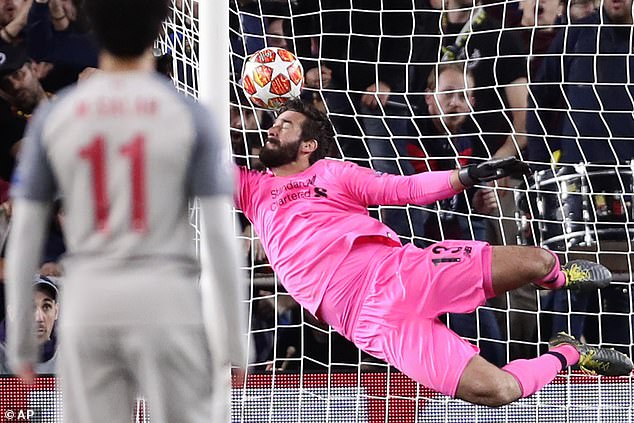 ‘There was so much fun in that game but in the end we lost it. I have been in this business long enough that we have to accept it. I said that I am proud of them. We will have a proper sleep, get up in the morning and play on.

‘Whatever happens, I could not be more proud of them. It is just how they always strike back. It is still 3-0 and that will not change. Let’s fly home and play Newcastle.’

Messi was magical and left Liverpool’s defenders trailing in his wake at times and Klopp said: ‘He is unstoppable, what a strike! He is a world class player. The Second goal was not the nicest. It shows his skills, when the ball hits the cross bar and he is there.’

Liverpool did have opportunities, particularly in the second half when James Milner (twice) went close and Salah struck the woodwork. They were, however, susceptible to counter attacks and in the final seconds, a save from Alisson Becker prevented the hosts scoring a fourth.

‘It’s how it is,’ said Klopp. ‘It’s easier to talk about creating the moment and causing them problems was outstanding. But for one time [first goal], bad defending and going one goal down is already hard but not a big problem.

‘We told the boys at half-time what we could do and then going out to the game, I don’t know if we can play it much better. The situation then changes after Messi scores a very easy goal and it’s a wonderstrike for the third. 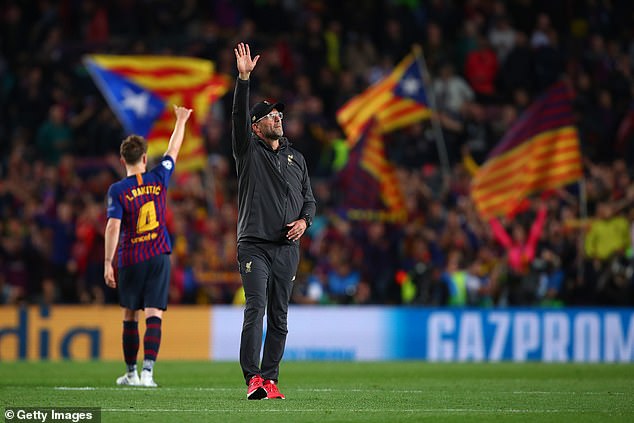 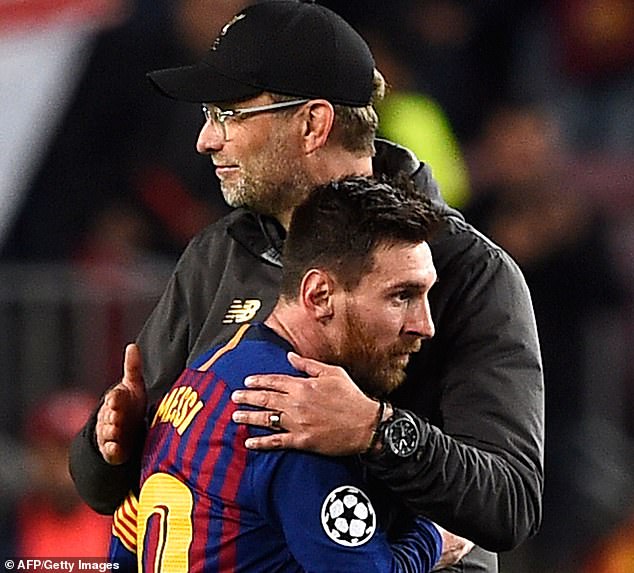 ‘There’s no party in the dressing room and I’ve told them my view. We learn from it. You can see when they stopped us but it’s part of the game and we reacted well and then how we defended the counter attacks, a big hard day – I love this. Whatever I say can’t change the result.

Barcelona were knocked out of the Champions League last season after Roma overturned a 4-1 first leg deficit in the quarter-finals and Messi is taking nothing for granted given Anfield’s history in these occasions.

‘We were so close to the fourth goal at the end. The 3-0 is a very good result but it’s not definite because we are going to a great stadium where the crowd will really get behind their team,’ he said.

‘At the start we got drawn into their sort of very physical game and we are not used to it and that’s why we found it difficult at times early on.

‘It’s important that we did not concede. An away goal gives you so much. It was a spectacular free-kick. I’m was so happy to see it go in.’

Former Liverpool midfielder Philippe Coutinho was barracked by the home crowd after a limp performance and Messi said: It’s ugly that they whistle a team-mate like this. We are all in this together. We have to be united to the end because we are close to are objective now.’