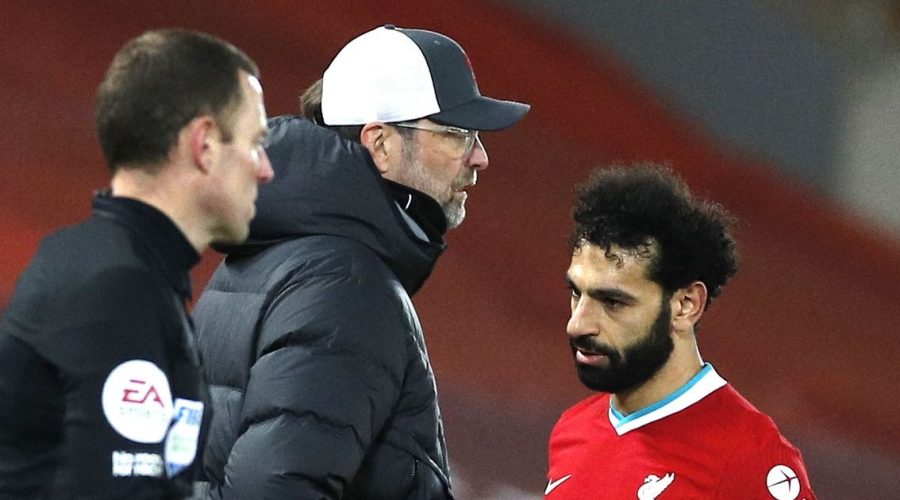 Jurgen Klopp has told his strikers they must continue to believe in their class – despite a slump in form that threatens their Champions League status.

Liverpool face a season-defining showdown at Old Trafford on Sunday, in a make or break game where anything less than victory would surely signal the end of their top four hopes.

And they do so on the back of some truly horrific performances in front of goal, which has seen the club’s all-star front line suffer a collective crisis of confidence.

The Reds were knocked out of the Champions League because they couldn’t convert their many opportunities against Real Madrid, and in the past week they twice threw away a lead in the final minutes, after again spurning so many chances.

But Klopp said the only thing now is for his side to “go for it”, given they have nothing left to lose. “I see (it), you see the same, in these moments we miss chances,” he explained. “In the moment it feels really close to being unacceptable, but we have to accept it anyway – when you miss chances, that’s just information…a missed chance is just a piece of information.

“It means you came into the right space, you could cause them problems, so do it again. If you need a little adaptation then do it, but get there again in the right situation. No drop off in body language is allowed – you just have to go, go again.”

Liverpool’s form in front of goal has been truly depressing. Since the start of 2021, they have had 146 shots at Anfield, and scored just FOUR, a conversion rate of 2.47 per cent, which is the lowest in the Premier League in that time.

This is the same forward line which was widely regarded as the best in the world only a year ago, but Klopp is adamant all strikers go through such spells in their careers, and the trick is to keeping fighting, as they attempt to close down a four point gap to fourth place. “(I’ve been more than) 20 years in the business, and these situations, these phases, you always have them,” he insisted.

“It's clear, and we are very critical, because we know the only people to blame for that is us, so we have to do that and we will do that.

“But in football, it’s never about a miracle formula where you say: 'OK, if you do that, everything will be fine again.' No, you have to work for it and that is what we will do. Nothing else is allowed.”

Klopp had some good new yesterday, as defender Joel Matip returned to running on the grass at the club’s Kirkby training complex as part of his rehab, but he will concentrate on being fit for next season, after an injury blighted campaign.