Arsenal players had to step in to hold Kieran Tierney back after the draw against Leeds with the full-back going on to confront Ezgjan Alioski after the final whistle. The Gunners missed a good opportunity to climb up the table against a team with the league’s second-worst defensive record this season.

Arsenal have been lacklustre in front of goal this season, scoring just nine times heading into the game against Leeds.

Mikel Arteta made some changes up front with Alexandre Lacazette dropping to the bench in place of Nicolas Pepe.

But it proved to be a costly error with Pepe being sent off in the second half.

Replays clearly showed Pepe retaliating to some comments from Alioski by headbutting the Leeds star. 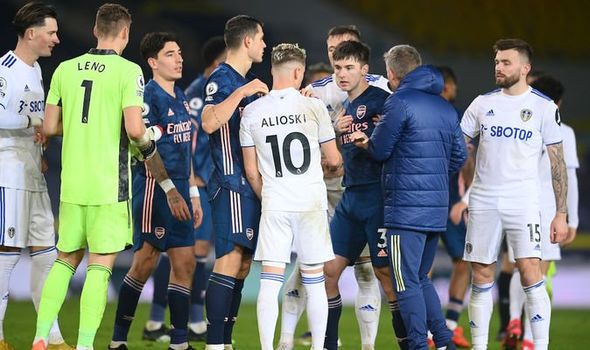 Arsenal were never able to truly mount an attack after being reduced to 10 men.

Leeds though came close on a number of occasions only for Bernd Leno to deny them with several brilliant saves.

They also hit the woodwork a number of times as the game ended goalless.

Both sets of players began to shake each other’s hands after the final whistle, but for one exception. 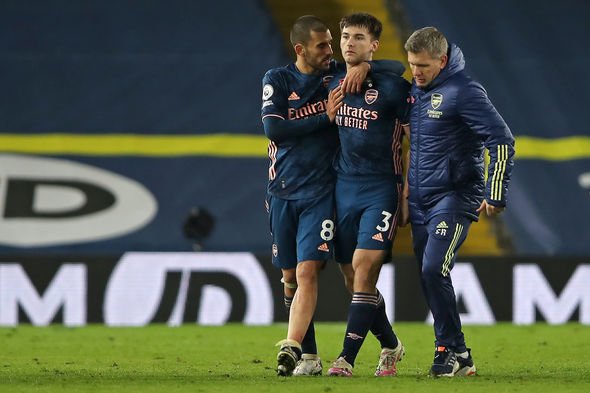 Tierney was seen angrily confronting Alioski before being pushed away by Granit Xhaka.

Arsenal’s coaching staff then had to step in to pull the Scotland international away before things got too heated.

But he begun to head back towards Alioski as he made his way off the pitch before Rob Holding stepped in.

Dani Ceballos then joined in to try and calm the clearly irate defender down.

November 22, 2020 Soccer Comments Off on Kieran Tierney held back by Arsenal team-mates in explosive argument after Leeds draw
NFL News