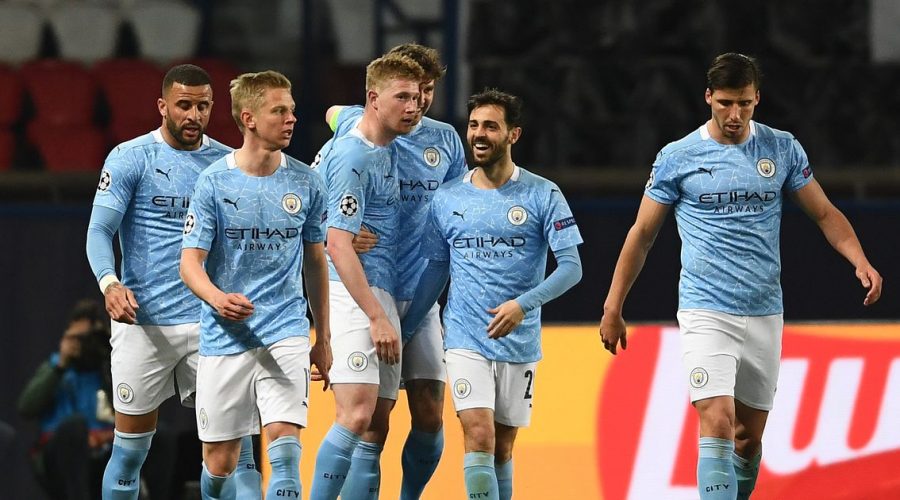 Pep Guardiola's side staged a stunning comeback away at Paris St Germain to beat last season's losing finalists 2-1 ahead of Tuesday's return leg at the Etihad Stadium.

City's two away goals in the French capital have put Guardiola's side in control of the semi-final tie and within touching distance of a first Champions League final in the club's history.

But De Bruyne, who sparked City's revival in Paris with the equaliser, said Guardiola's players will come unstuck if they believe – even subconsciously – that the job is already done.

Asked about being closer to the final, De Bruyne said: “Yes, but it doesn’t matter.

“We have to do our job and play the game next week. I know we had a good result today, but they are still going to be a hard game.

“They have a lot of quality and we have to focus ourselves on Saturday, as we play Crystal Palace very early, so we have to do that and then get ourselves ready for the next game.

“I don’t care who are the favourites to go through. I'm there to perform my game. I'm looking ahead to Crystal Palace on Saturday, then we're going to rest up to be ready for next week.”

City's win over PSG was a coming of age in Europe performance from Guardiola's side, one which suggested they are now ready to reach the final and potentially lift the one trophy to elude them.

After being outplayed in the first-half and trailing 1-0 at the break, De Bruyne said City showed their new-found maturity after the break by turning the game and the tie on its head.

“I think defensively we pressed them better in the second-half,” said De Bruyne.

“We didn’t give time to their defenders and midfielders, so they didn’t have a lot of space to bring it forward with their forward players who have a lot of quality.

“I think with the ball, we were more composed. We had more time, were patient and we found the spaces when we needed to. It was really good in the second-half.

“We had difficulties at the beginning and gave them too much space, especially their defenders and midfielders. After that, we did much better and played really well.

“At this moment in the competition there's a lot of pressure and maybe some guys felt it, then in the second-half the guys showed that we have unbelievable quality.

“We know we are only halfway there, so it's going to be a very hard game next week.”

Fellow goalscorer Riyad Mahrez, whose free-kick sealed the win, agreed with De Bruyne over the danger posed by City getting too ahead of themselves.

“There's still a second leg, which is going to be difficult” said Mahrez. “We cannot forget that they are a very good team and they're going to be dangerous.

“We have a second game at home, with a small advantage, and we will have to play as we did in the second-half to go through to the final.”