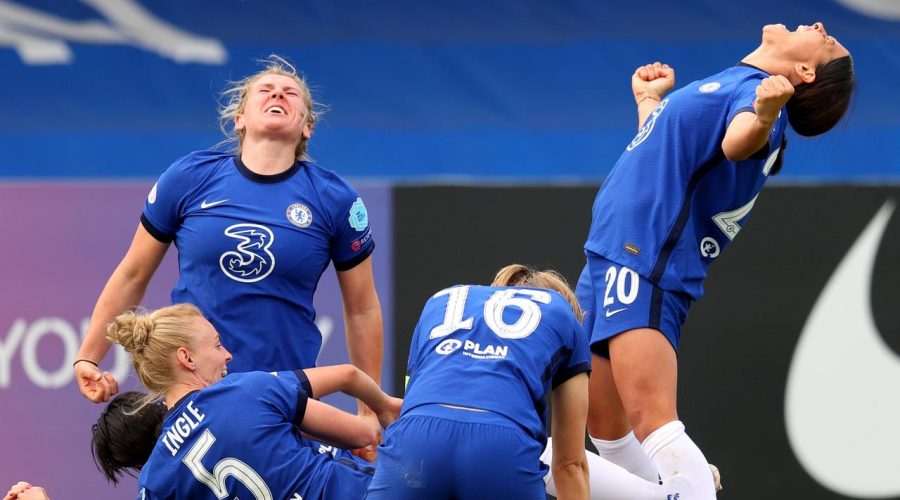 Kerr’s national teammate Ellie Carpenter savoured victory last year with Lyon, and on May 17 Kerr, regarded by some as the best striker in the world, gets her chance.

Chelsea overturned a 2-1 first-leg deficit against Bayern Munich with a thrilling 4-1 victory at Kingsmeadow Stadium in London on Monday morning.

The tie was locked with six minutes to go before Chelsea scored twice, first through Pernille Harder, which gave the Blues an advantage, before Fran Kirby sealed the victory with a fourth for Chelsea in injury time, making it 5-3 on aggregate.

It’s the first time the English club has reached the final, and they will take on Spanish giants Barcelona in the final at Gothenburg in Sweden.

[email protected] and @ChelseaFCW are into the #UWCL Final! #MatildasAbroad

Kerr, who scored a hat-trick as Chelsea defended their Women‘s League Cup title in March, played a leading role in setting up her team’s opening goal on the way to the emotional win.

“We‘ve been through a lot together. I’ve been here nine years – it’s not just happened, and it’s been a long time coming,” Chelsea coach Emma Hayes said.

“I’m going to have a nice singsong and cry all the way home because I’m so happy,”

Chelsea‘s win was their first in six Women’s Champions League semi-final games, having previously lost four and drawn one.

It was also the first loss for Bayern Munich in seven games in Europe this season.

May 3, 2021 Soccer Comments Off on Kerr going to the Champions League final
NFL News