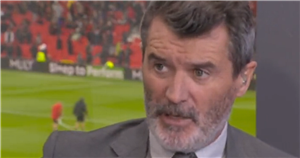 A humiliating 4-1 loss to Claudio Ranieri’s Watford proved to be one defeat too many for Solskjaer, who was given his marching orders by the club’s hierarchy at the weekend.

The result means United have won just four of their previous 13 and are now down in eighth in the Premier League, 12 points worse off than leaders Chelsea.

But for United legend Keane, the writing was already on the wall last year.

Speaking in November of last year when United had just lost 1-0 to Arsenal at Old Trafford, Keane said Solskjaer is struggling to motivate his players.

"We were almost building up this season as make-or-break for Ole, but at this moment in time it's not looking good for him,” he said.

“I scratch my head at players who don't have enthusiasm for a game of football.

“Sometimes you say 'there's no reason to panic'. But the results and performances suggest you should be panicking.

"I judge the players by their actions and I just don’t see it. I never looked at a manager expecting to motivate me, that comes from within.

Do you think it was the right time to sack Solskjaer? Let us know in the comments section.

"Ole will lose his job working with these players, as night follows day – that's what is going to happen."

Meanwhile, United’s search for a new goes on with the likes of PSG manager Mauricio Pochettino, Leicester’s Brendan Rodgers and Ajax boss Erik ten Hag all on the managerial shortlist.

Michael Carrick will take charge of the next two matches, the first of which will come on Tuesday when United face Villarreal at El Madrigal in the Champions League.