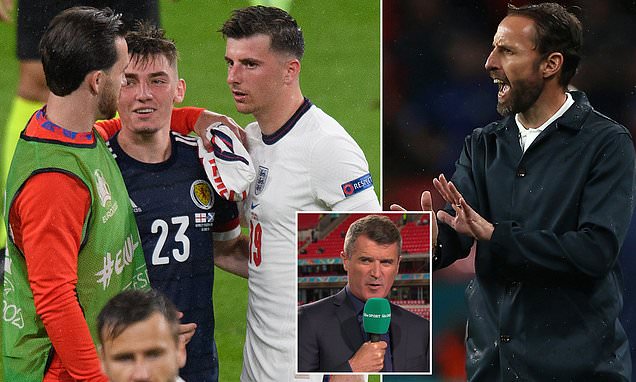 Roy Keane has ripped into the chat between Mason Mount, Ben Chilwell and Billy Gilmour that has forced the two England players into self-isolation this week.

It was confirmed on Tuesday morning that Mount and Chilwell, who are both team-mates of Gilmour at Chelsea, will be sidelined until next Monday after the Scotland midfielder tested positive for Covid-19.

The stars were seen chatting at length in the wake of England’s draw with Scotland, and Keane has now lashed out at their decision, questioning why the Three Lions’ absentees would even want to chat with an opponent. 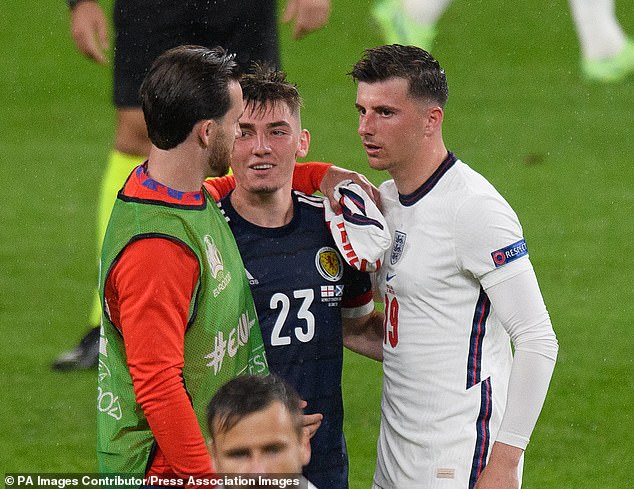 ‘I think the other thing I’d be critical of is why you’d want to speak to an opposition player, I don’t care if he’s your team-mate or not, for over 20 minutes,’ Keane said ahead of ITV’s coverage of England’s clash with Czech Republic.

‘I very rarely speak to anybody for over five minutes. After a game, where you’ve been to war against somebody, why would you want to chat to them for that long? They could have used a bit more common sense.’

A clearly frustrated Gareth Southgate admitted pre-match that he expects to be without both Mount and Chilwell for the Euro 2020 last-16 tie next week, and also took a swipe at the restrictions that saw the isolation imposed. 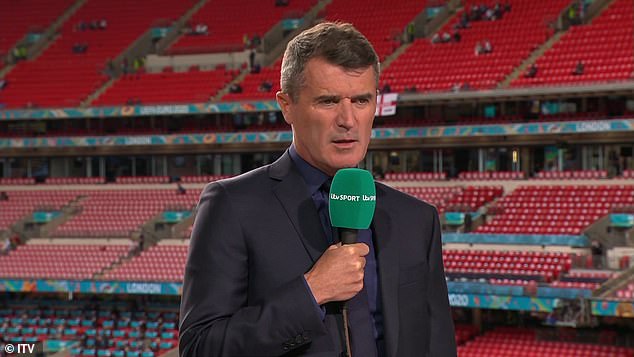 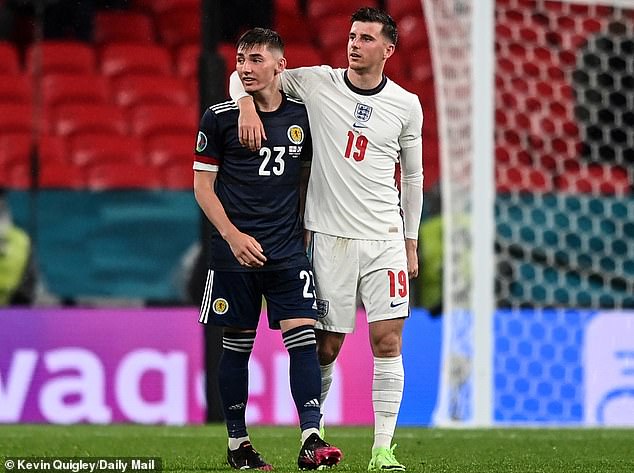 ‘They [Mason Mount & Ben Chilwell] are hugely disappointed to miss the games,’ Southgate told ITV. ‘We just have to get on with it.

‘It is a bizarre situation, they have spent 120 seconds too long in a fairly open space. It is full of contradictions for me but we will get on with it.

‘Frankly, I don’t understand it at all. There are teams travelling around by coach, by plane, in enclosed spaces for hours and our two boys have been pinged for something that’s… yeah, I don’t get it.

‘As I said yesterday I have no issue with Steve or Scotland. I don’t want them to have any more issues than we’ve had but it just seems a bizarre situation.’ 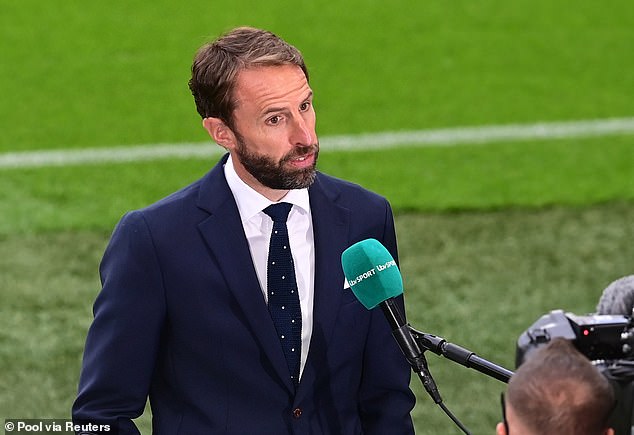 As a precaution at this time and in consultation with Public Health England [PHE], Ben Chilwell and Mason Mount are isolating after interaction with Scotland player Billy Gilmour at Friday’s match.

The pair will be kept away from the rest of the England players and wider support team, pending further discussions with PHE.

The entire squad had lateral flow tests on Monday afternoon and all were again negative, as was the case with Sunday’s UEFA pre-match PCR tests.

We will continue to follow all Covid-19 protocols and the UEFA testing regime, while remaining in close contact with PHE.

Scotland had announced on Monday that Gilmour returned a positive coronavirus test result, which came just days on from his masterclass at Wembley against the nation’s historic ‘Auld Enemy’.

The repercussions have now spread into England’s camp, with Mount and Chilwell found to be in breach of the restrictions after they met up with Gilmour inside the tunnel area after the final whistle.

They will now miss 10 days, and may also be ruled out of two games at the tournament, depending on where England finish in Group D.

England confirmed in a statement that the isolation period for the two players will last up to, and include, June 28 – and that the decision was taken after consultations with Public Health England. 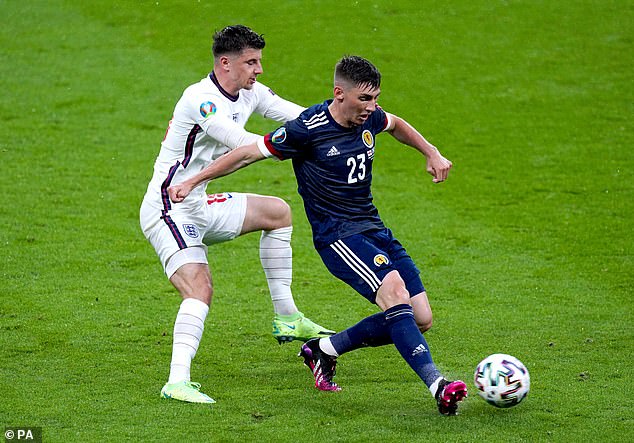 ‘Chilwell and Mount will isolate and train individually in private areas at England’s training base St. George’s Park, with the rest of the squad returning there after tonight’s fixture against Czech Republic at Wembley.

‘We will continue to follow all COVID-19 protocols and the UEFA testing regime, while remaining in close contact with PHE.

‘The entire England squad and staff had lateral flow tests on Monday and all were again negative, as was the case with Sunday’s UEFA pre-match PCR tests. Further tests will be carried out as and when appropriate.’

Mount and Chilwell have both since taken to social media to express their disappointment with having to sit out, and vowed they will be ready to return to action when permitted to do so.

‘I’m absolutely gutted to have to miss tonight’s game,’ Mount posted on Twitter. ‘I’ll be cheering on the boys as usual and ensuring that I’m ready to go again when called upon. Come on @England!’

Defender Chilwell, meanwhile, wrote: ‘It’s a tough one to take and I’m gutted but I want to wish the boys all the best tonight in the game, I’ll be cheering you all on.

‘I will make sure I am ready for when I can rejoin the squad. Let’s go @England!’

July 3, 2021 Soccer Comments Off on Keane hits out at Mount and Chilwell for chatting with Gilmour
NFL News