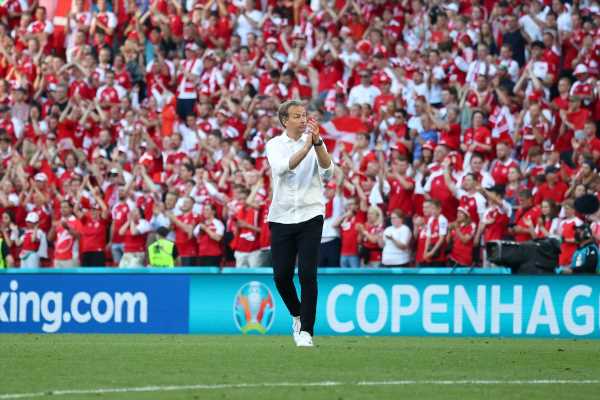 Kasper Hjulmand insisted Denmark are not done with Euro 2020 and has vowed to make it to the last 16 for Christian Eriksen.

The 29-year-old midfielder, who suffered a cardiac arrest on the pitch during the Danes’ 1-0 defeat by Finland on Saturday, is understood to have watched on television as they went down 2-1 to Belgium in Copenhagen on Thursday to leave their hopes of making it out of Group B hanging by a thread.

However, after seeing his side take an early lead on an emotionally-charged evening at the Parken Stadium, head coach Hjulmand is refusing to throw in the towel ahead of Monday’s clash with Russia

Speaking at his post-match press conference, he said: “As I told the players in the dressing room, the only thing I’m disappointed by is the result. I didn’t expect too much for this game, but I can’t describe the pride I feel for this squad.

“What they showed, the quality… Four days after almost losing one of their best friends, they get on and the play a game like this, this is just amazing. They totally dominated the best team in the world, and I have so much respect.

“With Christian in our minds and in our hearts, knowing that he’s still here, we know that it’s going to be a tough few weeks for you, Christian, but we’re here for you.

Denmark got off to the perfect start when Yussuf Poulsen fired them into a second-minute lead as they harnessed the passion from the packed stands, and there was poignant applause from the players, officials and spectators as the game stopped temporarily as the clock reached the 10th minute, the number Eriksen wears on his shirt.

Hjulmand said: “We were prepared for the emotional side of the game. I was very moved when the national anthem was on, but once we’re together, we just push the ‘on’ button and we go.

“We used all the huge energy that was present at the stadium. The best things to do is just go for it instead of wait, and it was a huge honour to see how that game started.

“The players played amazingly from the beginning and it was a delight to see.”

If you follow Kevin De Bruyne’s career, you never doubt his talent.

Denmark dominated the first half, but were ultimately undone by the brilliance of Kevin De Bruyne who entered the fray as a half-time substitute on his return from the facial fractures he suffered during the Champions League final.

Within 10 minutes, he had set up Thorgan Hazard to level and he then thumped home what proved to be the winner 20 minutes from time.

Asked about De Bruyne’s contribution, Belgium boss Roberto Martinez said: “If you follow Kevin De Bruyne’s career, you never doubt his talent. Obviously it’s a big ask to come on at half-time and be able to affect the game the way he did it.

“It’s not just about talent, it’s about his know-how and the way that he played in the second half, he didn’t look like a player that has been through surgery, that has been away from the football pitch.” 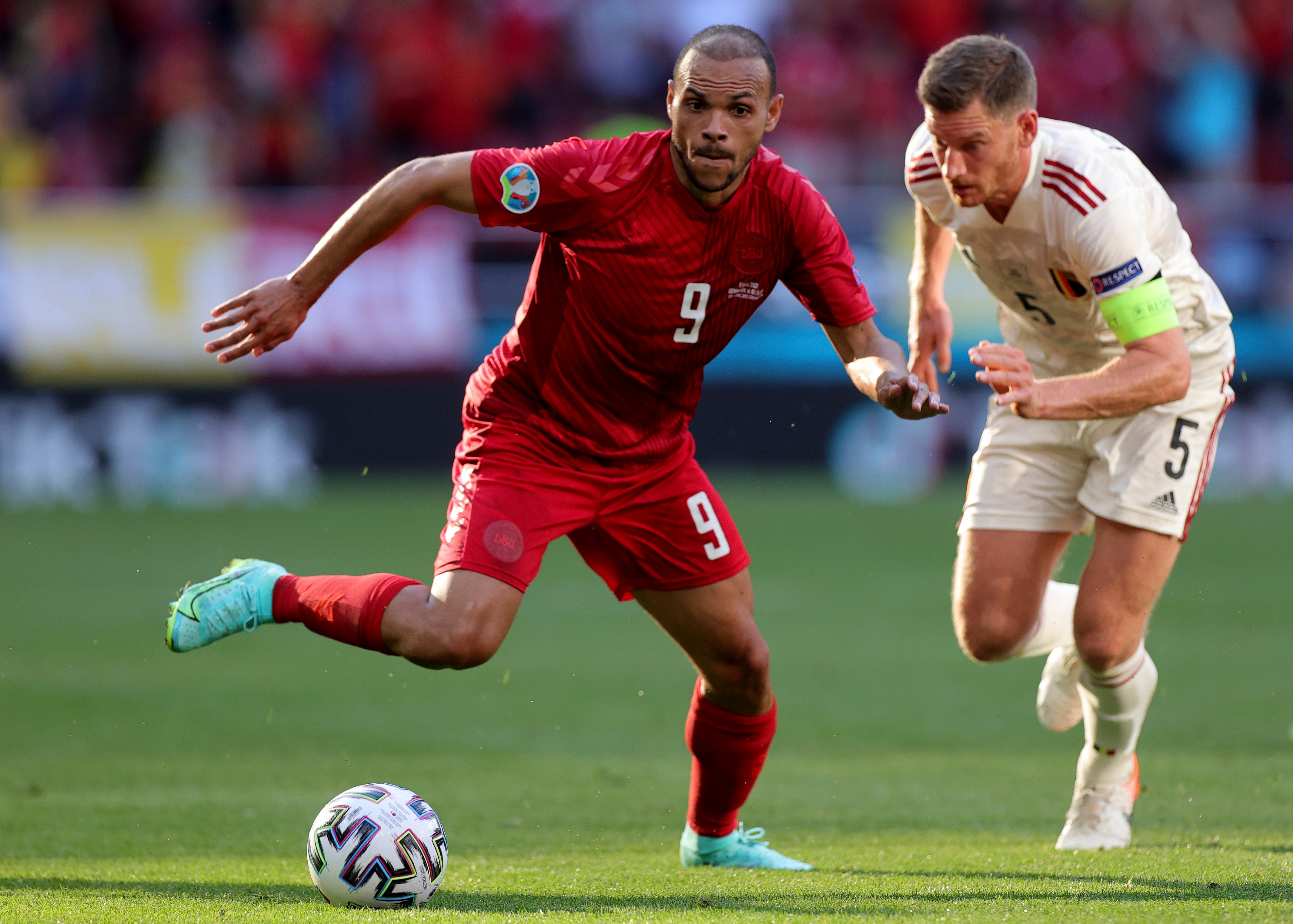 The win eased the Belgians into the last 16, but left the Danes needing to beat Russia to stand any chance of progressing, although striker Martin Braithwaite – who revealed Eriksen had posted a message in the team’s WhatsApp chat hailing their “really awesome” performance – also remains optimistic.

Braithwaite said: “I’m already looking forward to Monday even though we’ve only just finished this one. We’re going to finish this and we’re going to make sure we pass through the group phase because what this team can do is amazing and there are no limits.”

June 30, 2021 Soccer Comments Off on Kasper Hjulmand insists Denmark are not finished and vowed to reach last 16
NFL News